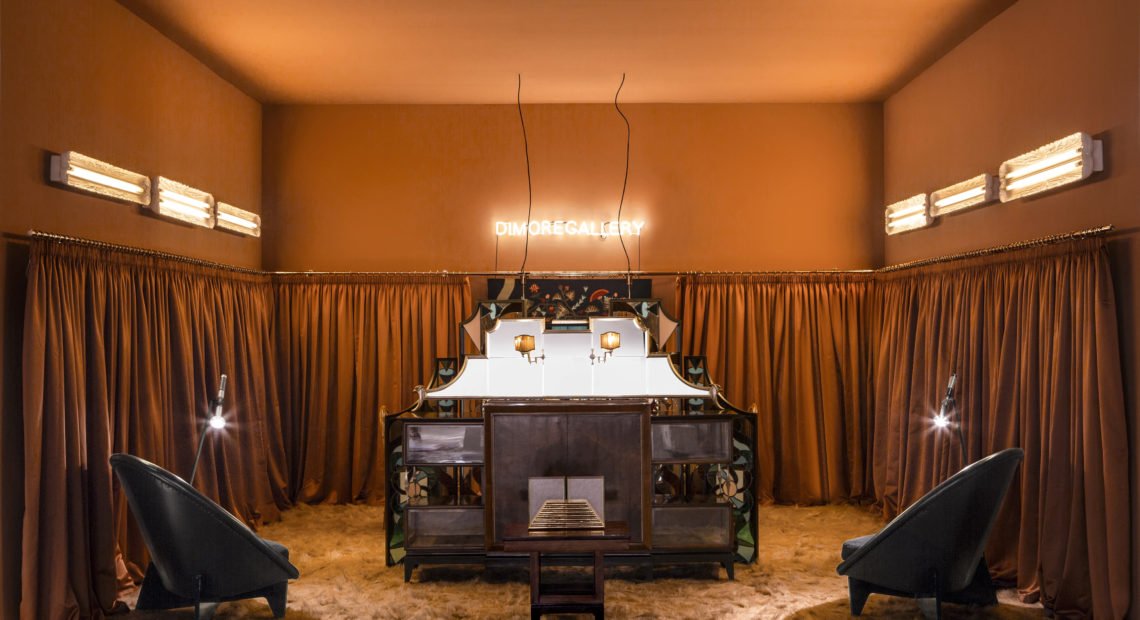 The design fairs DesignMiami/ and DesignMiami/ Basel are among the most coveted events to find the best-known galleries and designers of the time, those who literally make the trends. The 2019 Swiss edition will take place until Sunday, here are the 14 most interesting galleries we found and that you should not miss...

DesignMiami/ Basel offers each year experimental facilities called Curio. Among them, the French gallery ofArmel Soyer presents a complete collection by the artist and designer Olga Engel. These objects and furniture gathered under the name Remember refer to the designer's childhood memories. Related to this universe, these objects are both playful and dreamlike, and not to mention a clear fascination for water, rain, tears. Moreover, the collection is not without arousing emotion, something that makes you want to touch, to grasp and bein gin contact with the matter and deeply feeling it... A beautiful figurative work that takes us to the land of dreams, the story of a moment. 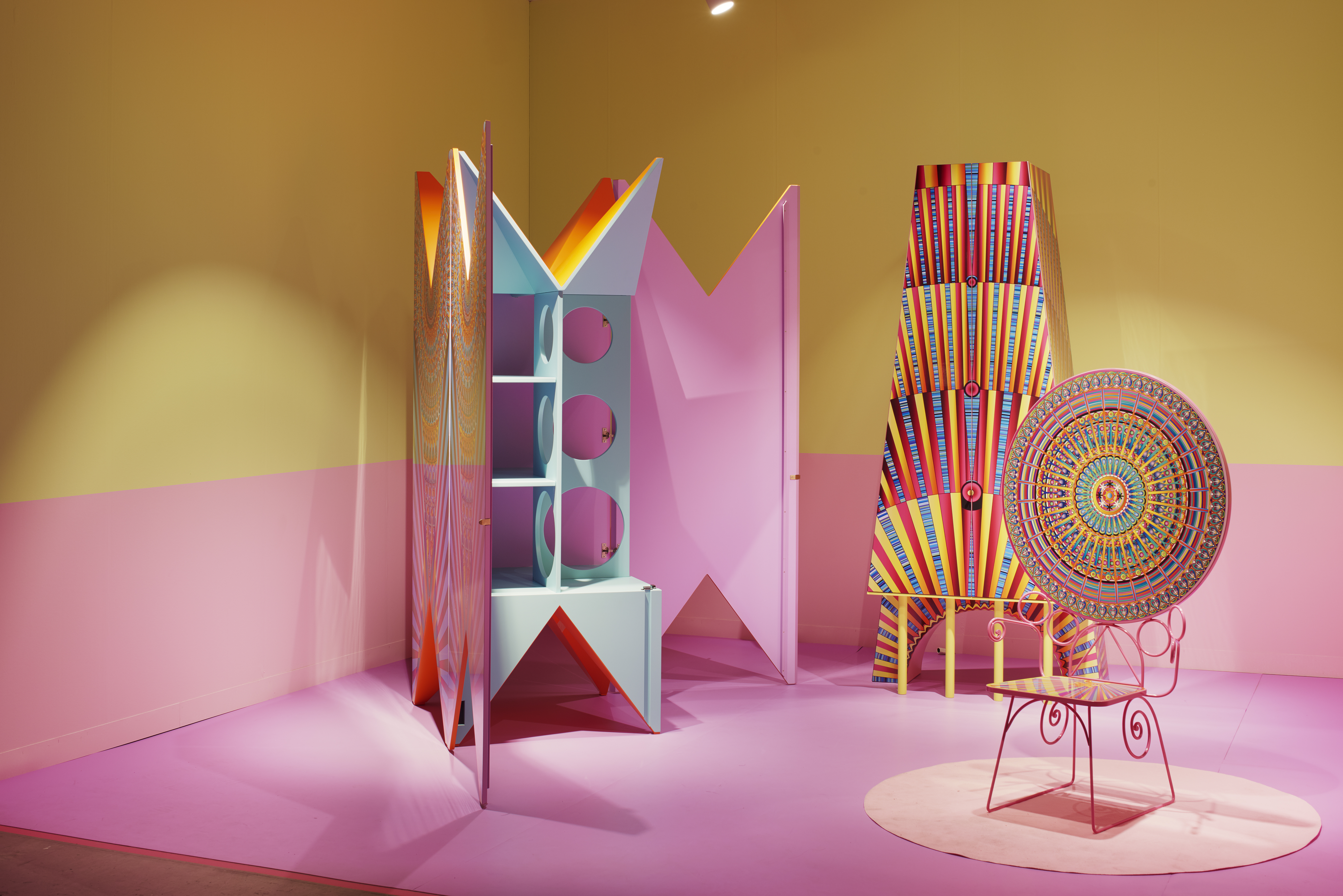 The three unique pieces from the collection ofAdam Nathaniel Furman presented by Camp Design Gallery – and also seen in Milan this year – are a personal vision of an upper class home. The three protagonists are alternatively the father, the mother, the child, with some eccentric and mesmerising patterns reminiscent of abundance. Gioioso, Benevolente and Solidale "are pure royalty in their total rejection of the codes of good taste"., said A. N Furman, or people with power that nothing stops. Through this furniture series, the artist and designer brings to DesignMiami/ Basel a range of positive and negative feelings that everyone is free to choose from. An in-theater unique creativity! 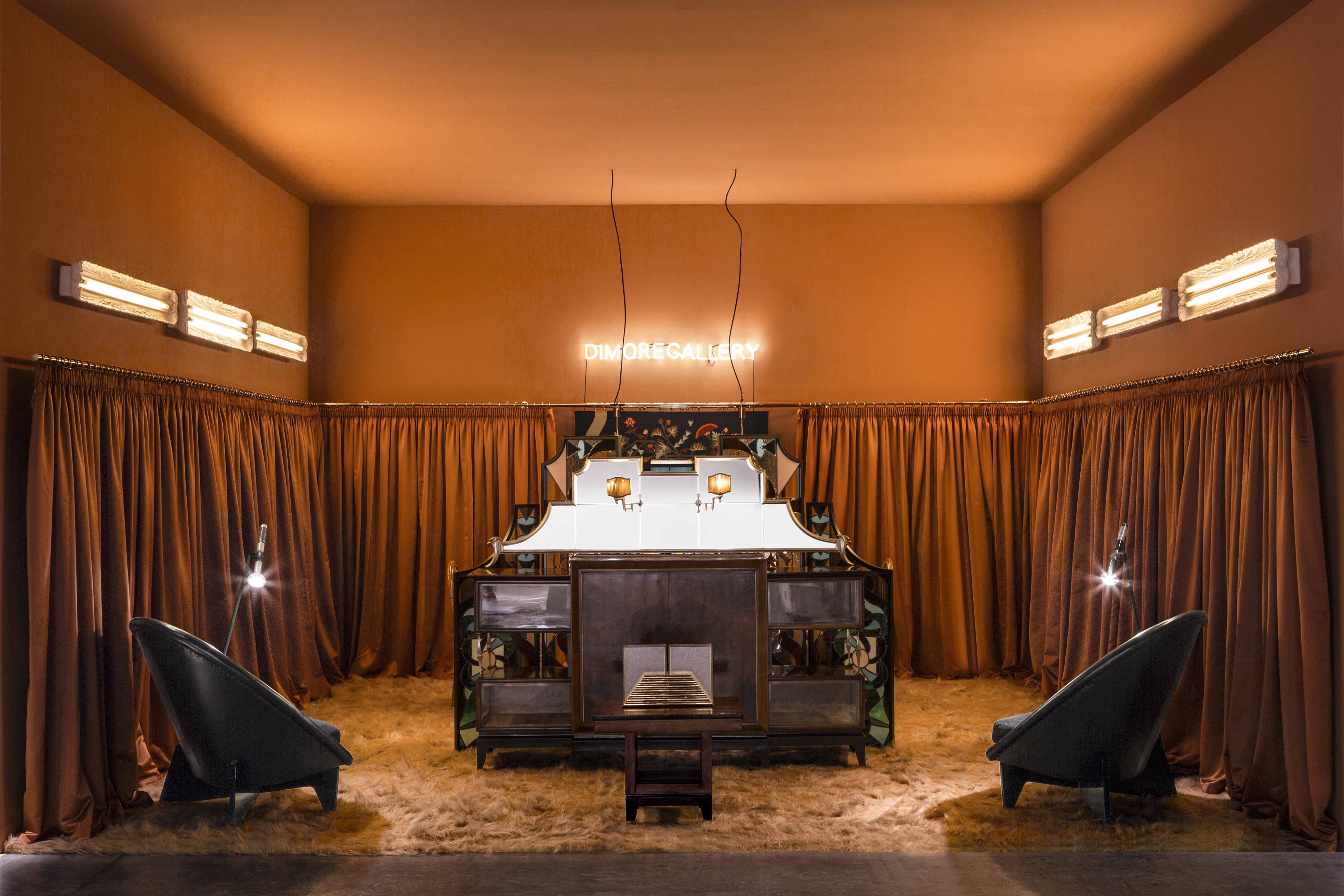 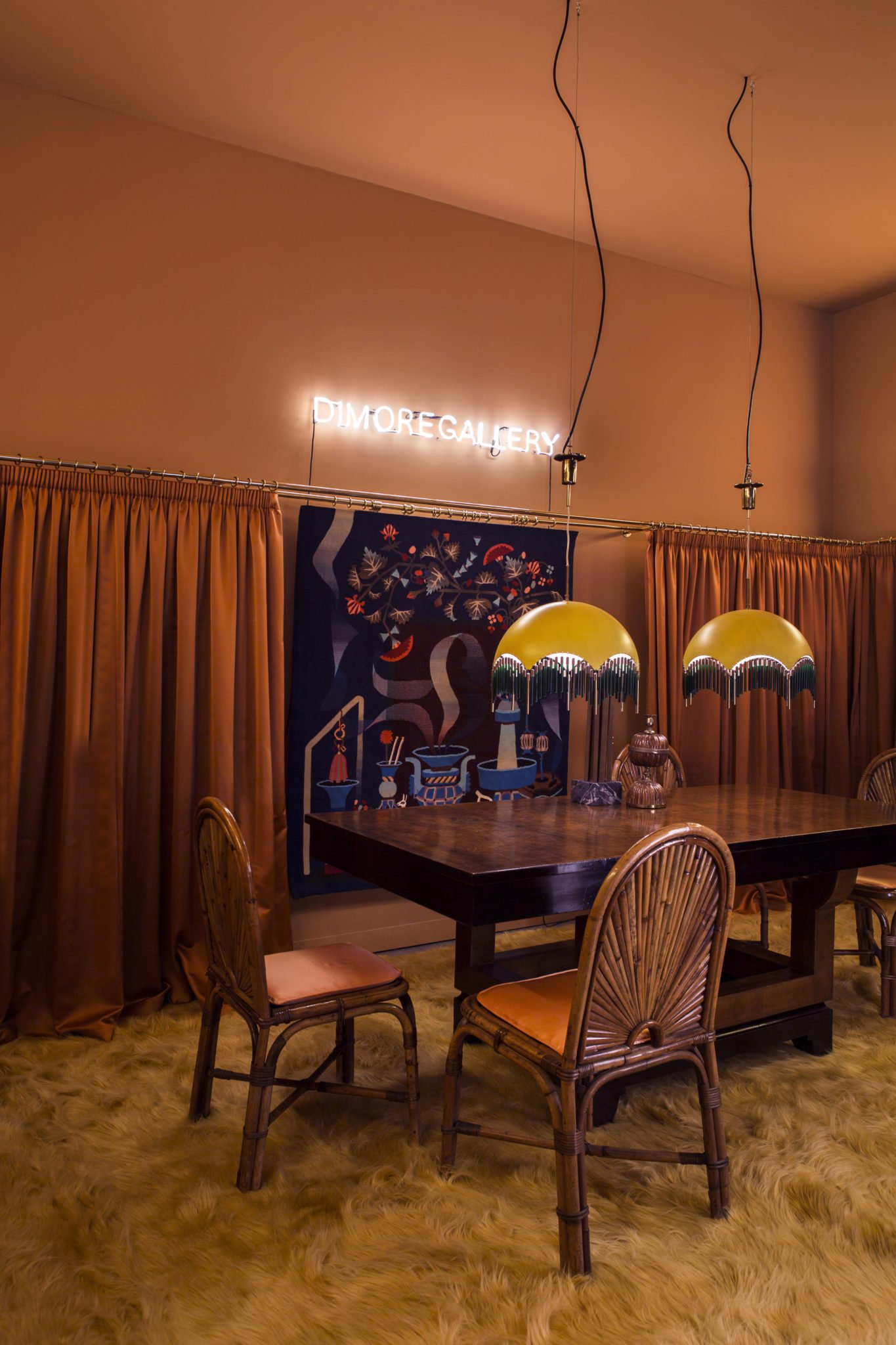 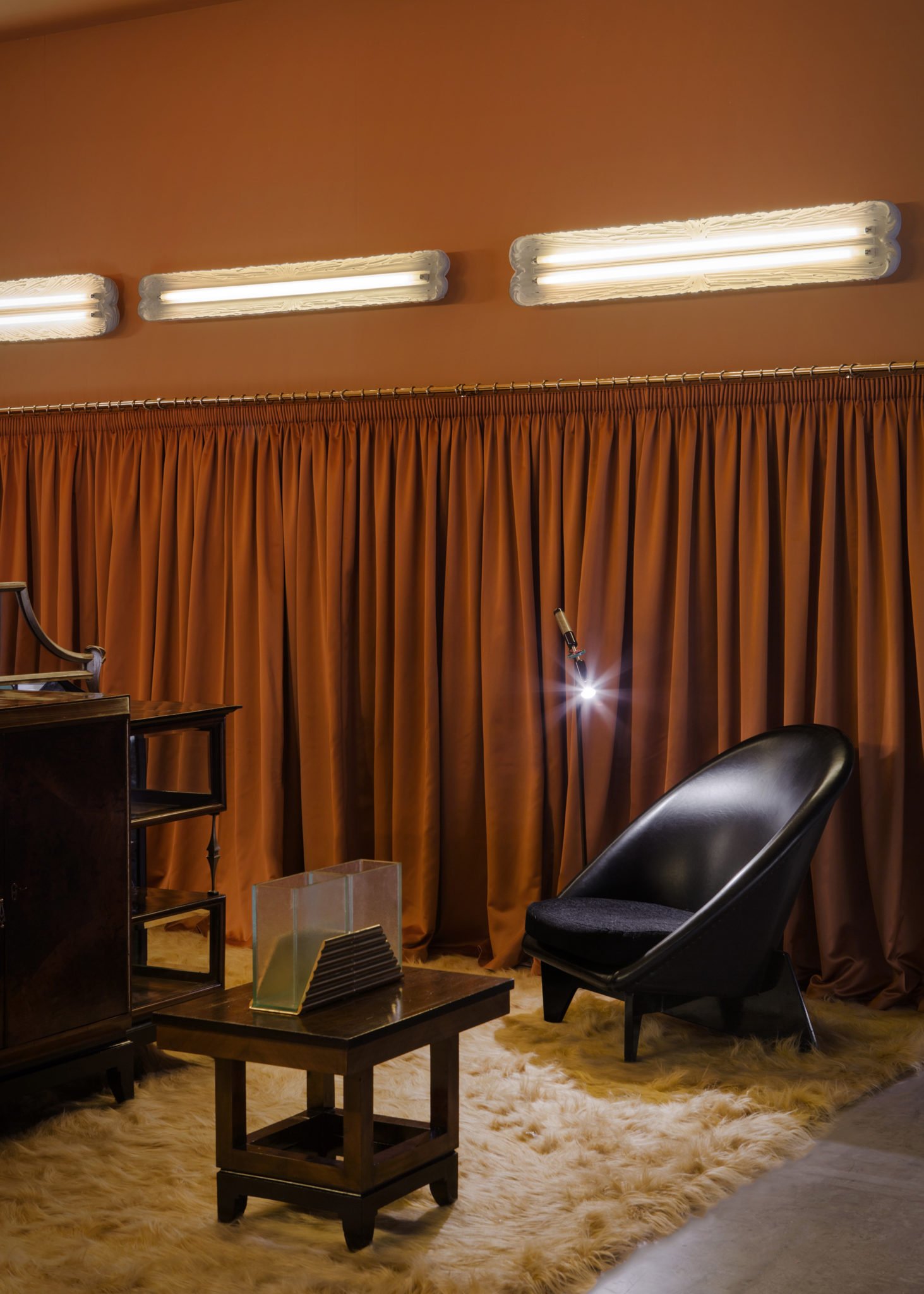 For the first time this year, Dimoregallery is part of the selection Curio. It is in a lavish atmosphere, between Art Deco and Modernism, that the Italian gallery both renowned for its furniture design and interiors presents a unique installation highlighting the work of Piero Portaluppi, a major Italian architect who influenced the twentieth century. Alongside its pieces (the cabinet, the coffee table and the dining table), the duo appealed to the designer Pierre Marie, who designed the furry rug on which they are based on, as well as the stained glass screen. Mixing as usual vintage and contemporary pieces, Britt Moran and Emiliano Salcifounders of Dimoregallery and Dimorestudio, on their side designed the vase in the foreground. Inspiring. 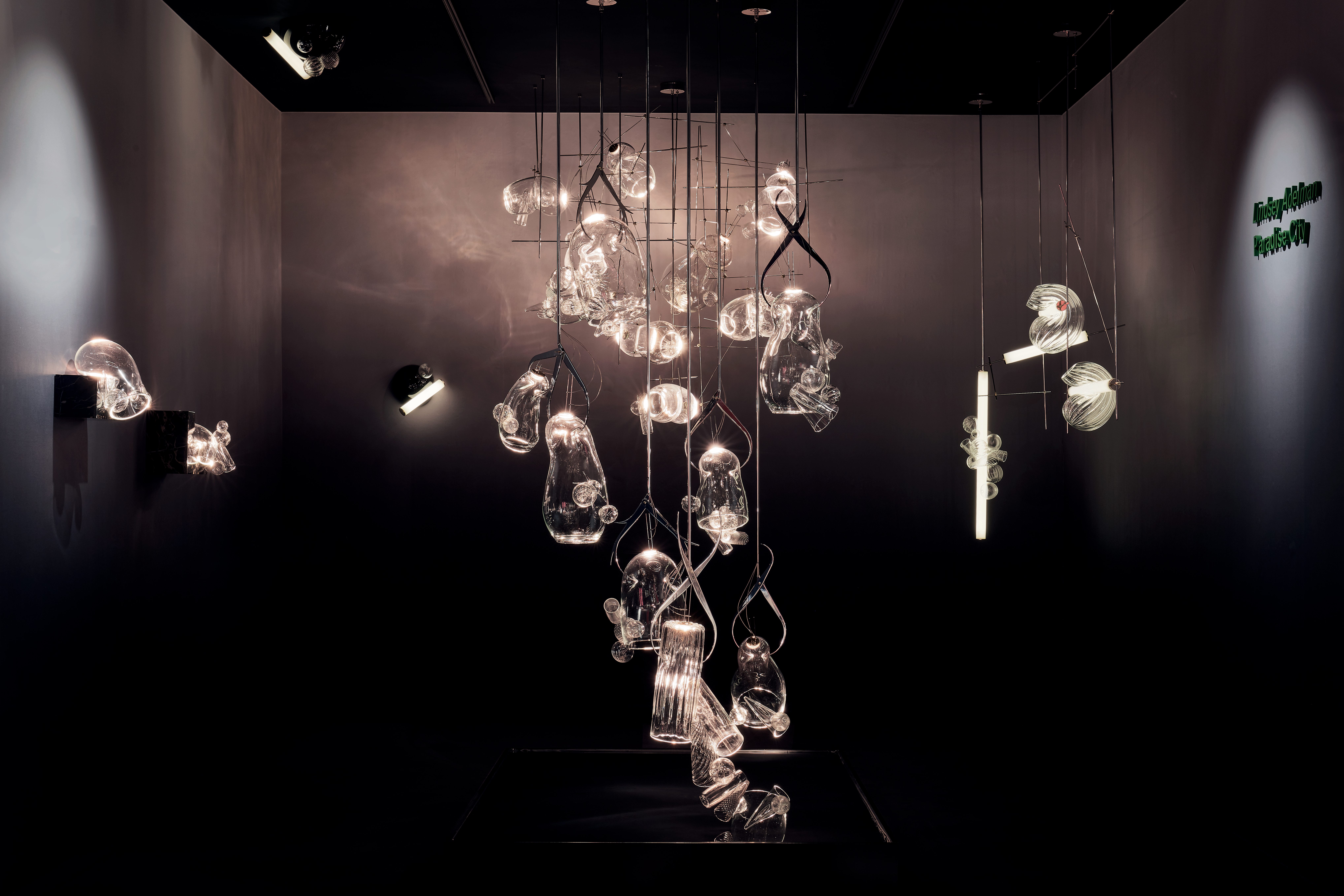 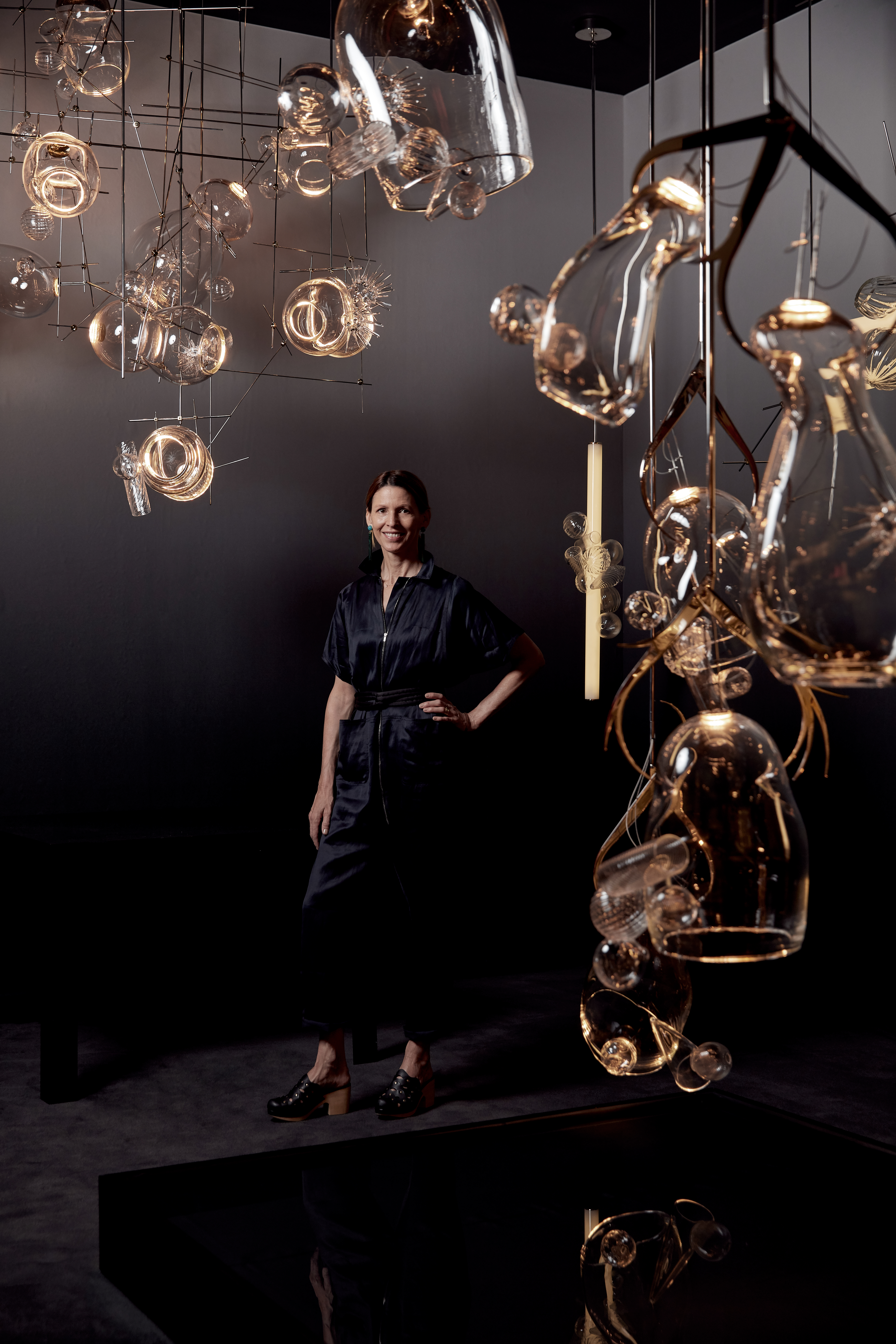 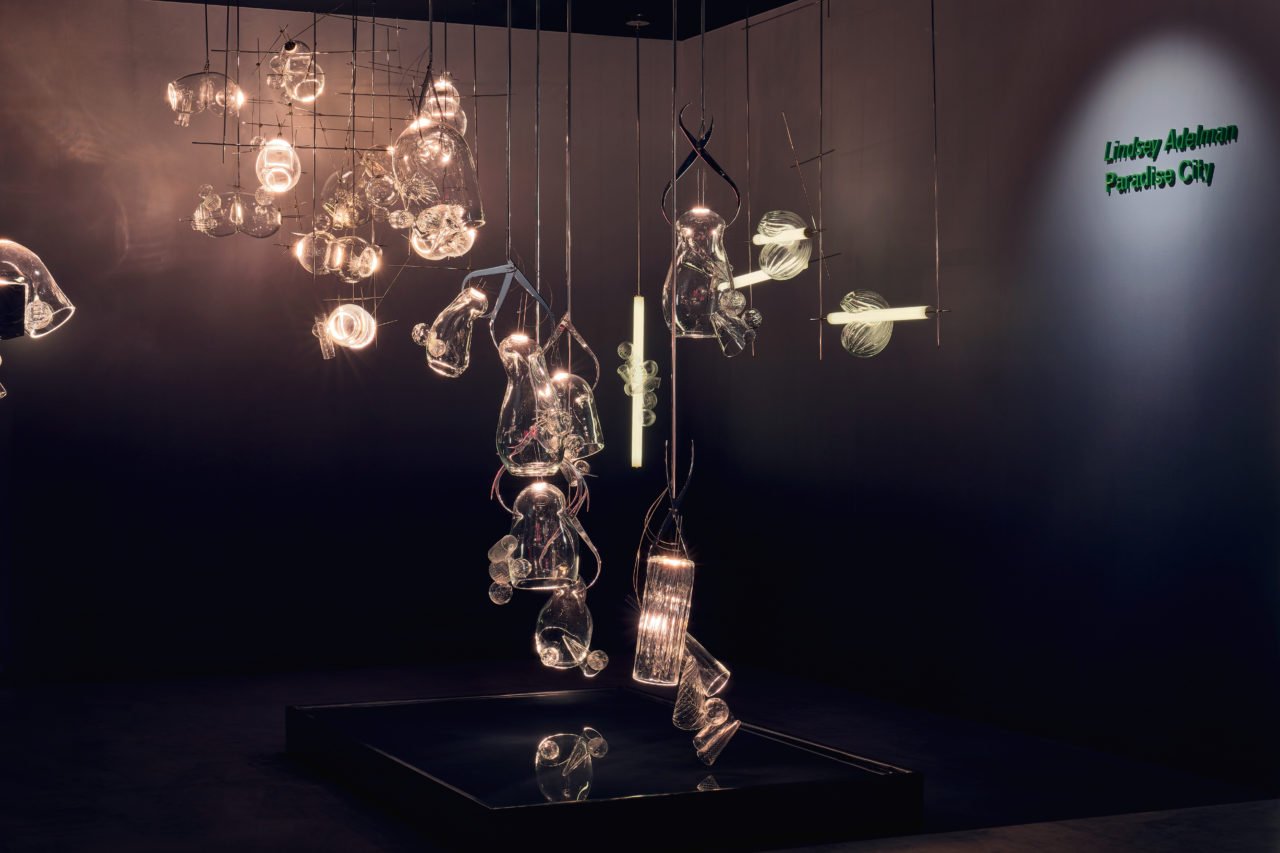 DesignMiami/ Basel 2019 is an opportunity for Lindsey Adelman to show talents once again. If this glass and light sculpture called Paradise City seems enigmatic at first glance, it is undoubtedly because for the first time, the American designer has integrated the light source directly into the glass surface. A brand new method experienced by her studio, focusing on the sensation created by the light rather than the rendering of the light itself. Poetic and ambitious. 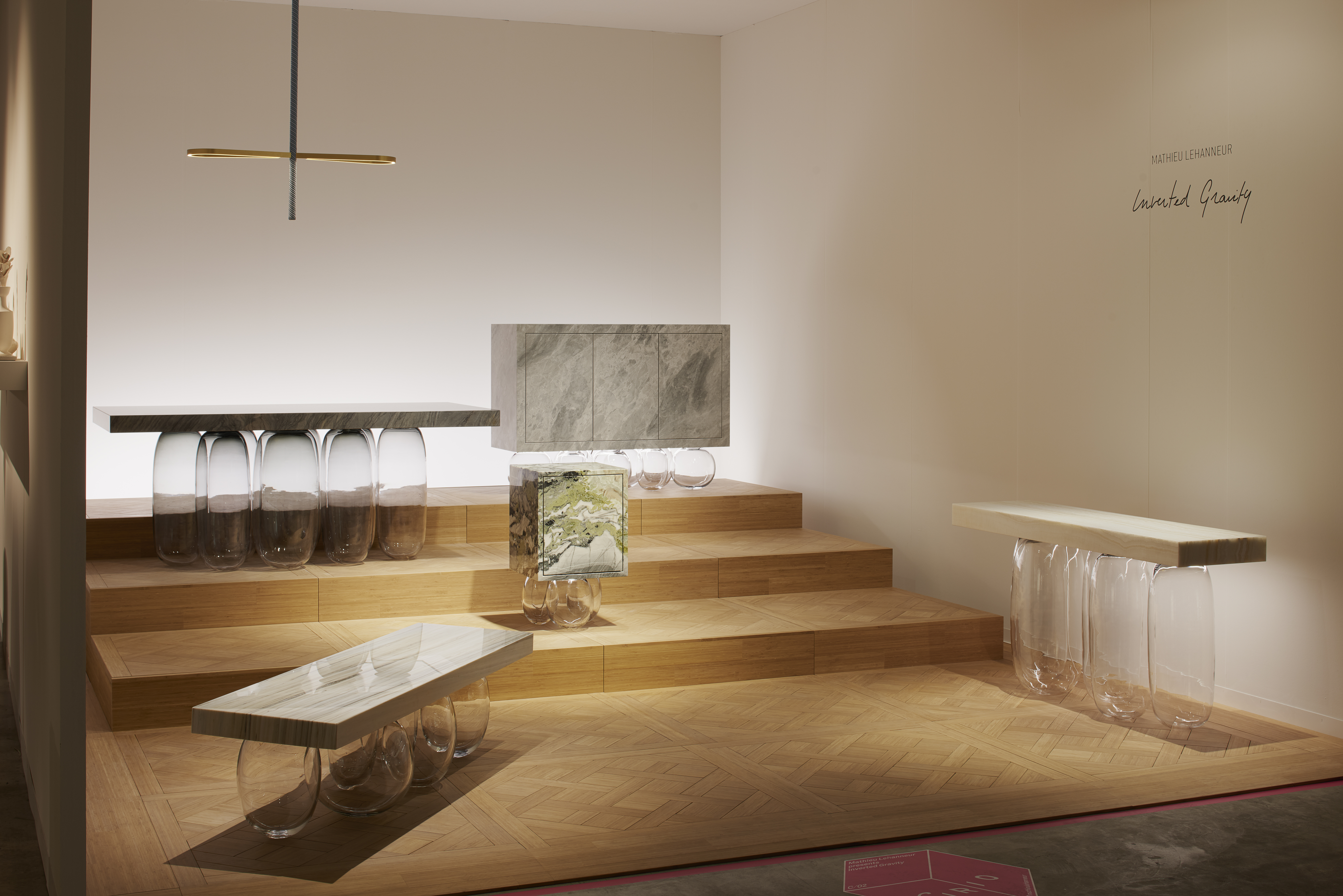 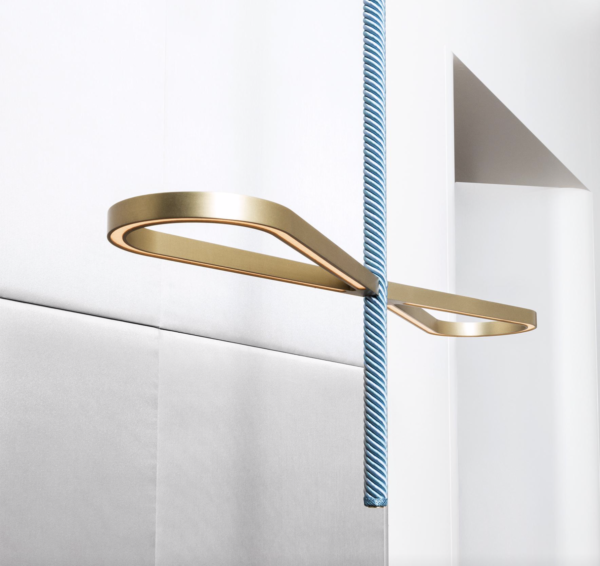 With Inverted Gravity, French designer Mathieu Lehanneur introduces the notion of contrast and paradox of perception. Indeed, in DesignMiami/ Basel, a special collection of furniture with misleading appearances is unveiled: the apparent fragility of the glass is still used as a base for massive marble elements. Insane? Well, the structural properties of the glass have been well studied here, in order to give the necessary elegance to yet imposing parts. In contrast, we also discover the suspension Twisted Infinity, light and timeless. 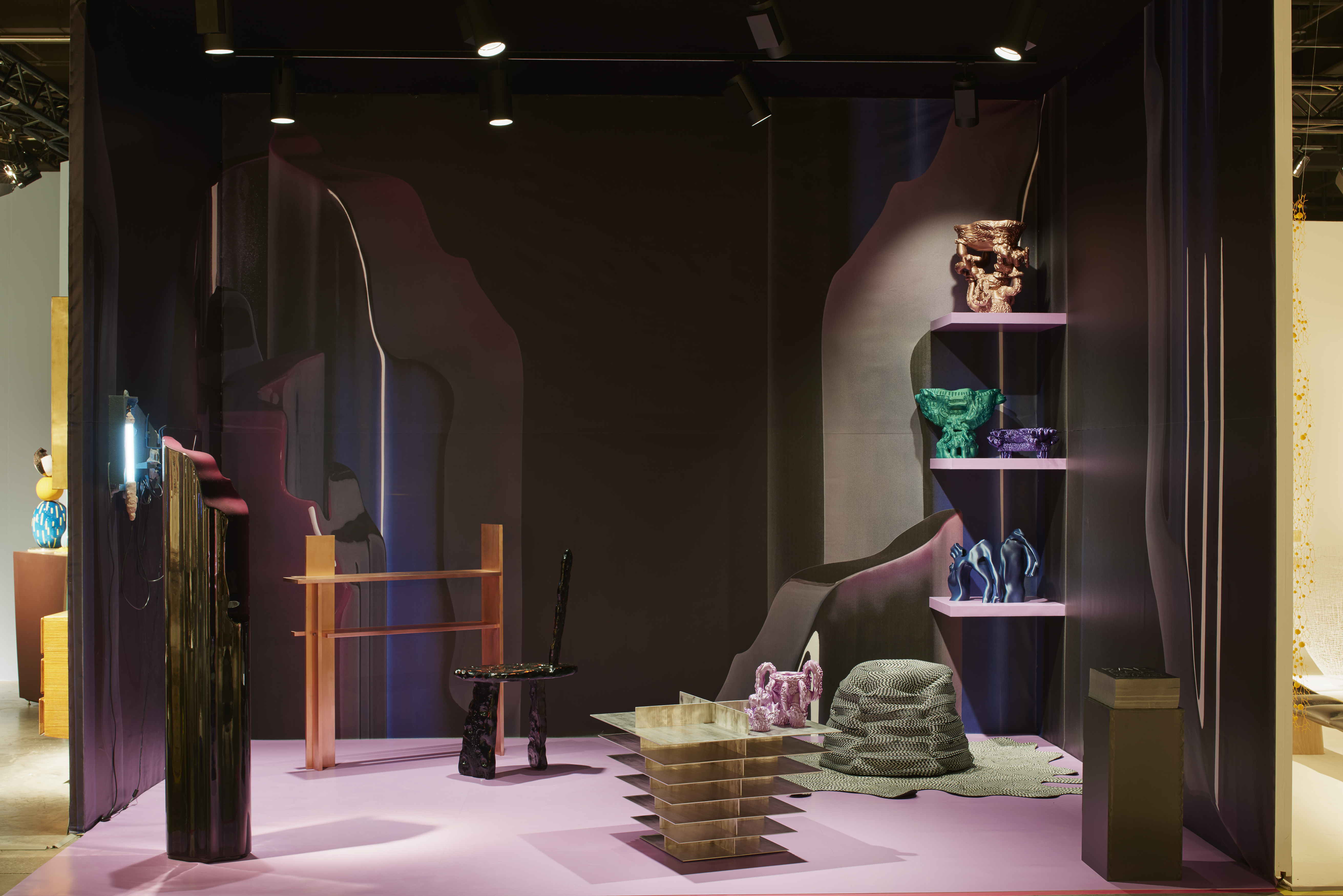 Thought of as a separate entity, FAR infiltrates the Nilufargallery, creating a new and singular experience. Pure coincidence, she chose emerging designers according to the links woven between them, thus upsetting the established program of the gallery. Putting in the spotlight Johan Viladrich, Odd Matter, Audrey Large, Alberto Vitelio, Wendy Andreu and others... Either the Mister Hyde of Nilufar, for our own pleasure. 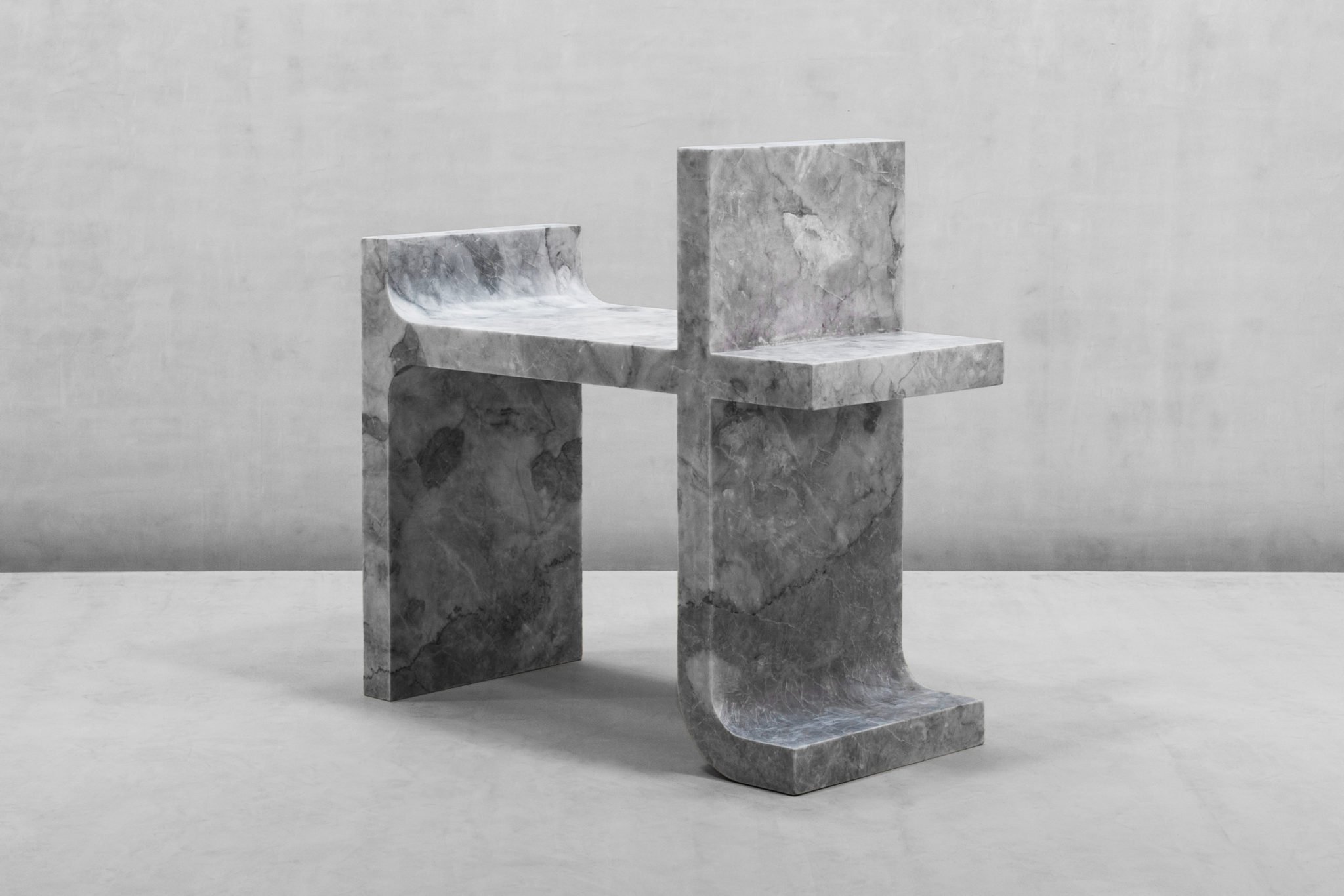 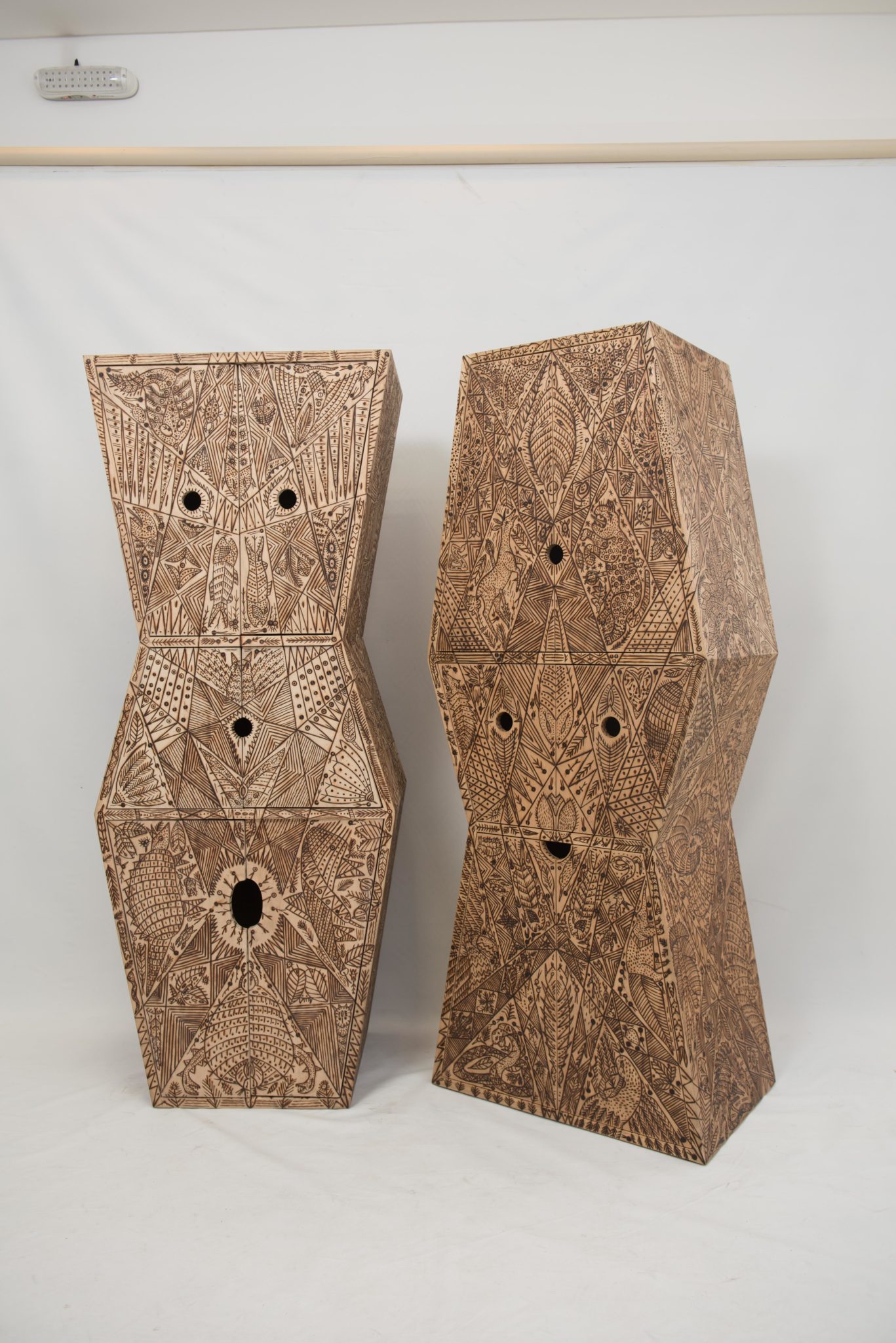 The gallery Cristina Grajalesspecialising in the exhibition of South American designers, among others, projects by Pedro Barrail and Gloria Cortina. Tattooed in the way of native tribess, the Cabinets and Leaning Lights of Pedro Barrail invite us to the confines of a mythic urban Paraguayan jungle, thus delivering a little of its magic. In the same vein, Gloria Cortina's work also restores the ancestral traditions and Mexico’s artistic heritage this time. The Contemplation ChairThis marble piece plays with our perception of shapes and materials: is it old? Is it a contemporary piece? Or a work based on Mayan artefacts that makes sense. 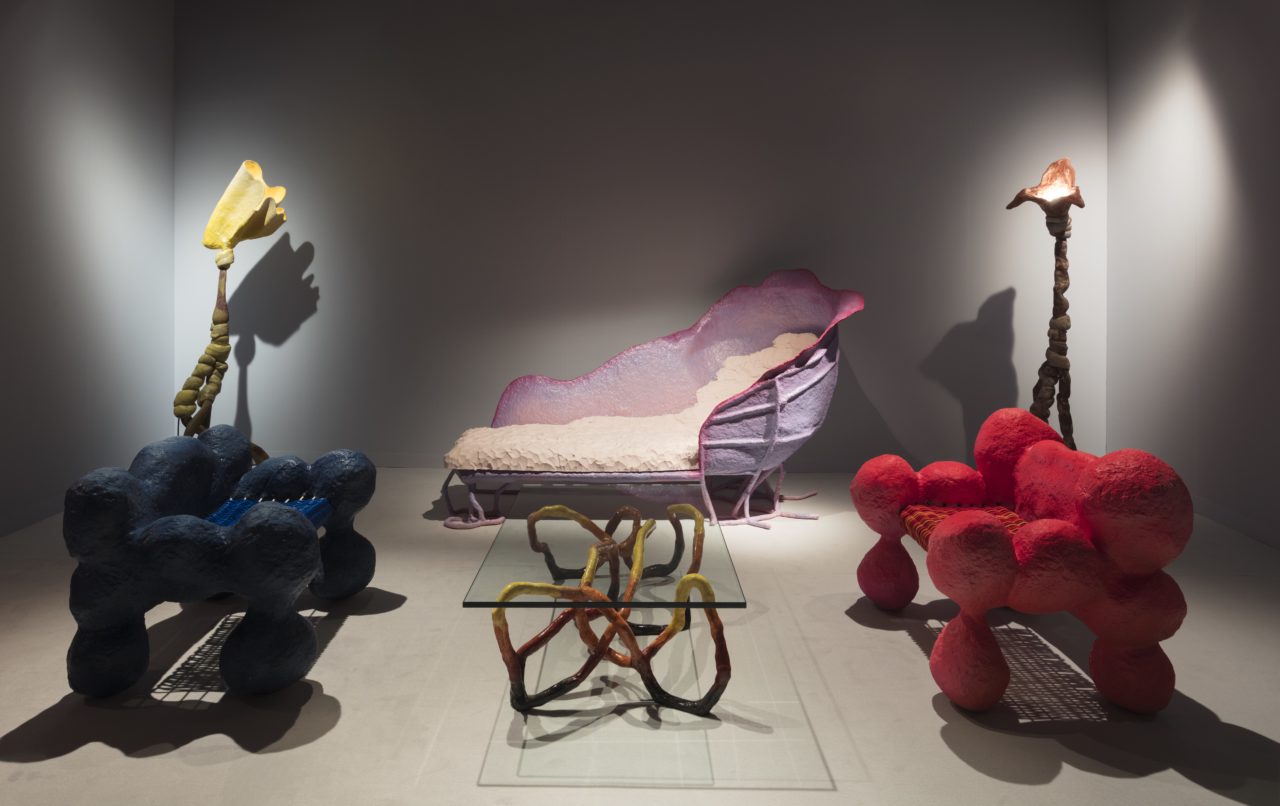 The Functional Art Gallery comes back once again with new pieces from their leading duo of designers, OrtaMiklos. As incredible and ambitious as each other, all the pieces in the collection display flamboyant colors and an hand-crafted cardboard pulp design. As usual, designers seek to bring the five-legged sheep into this world, things that are recognizable but does not exist yet. A beautiful visual and technical feat. 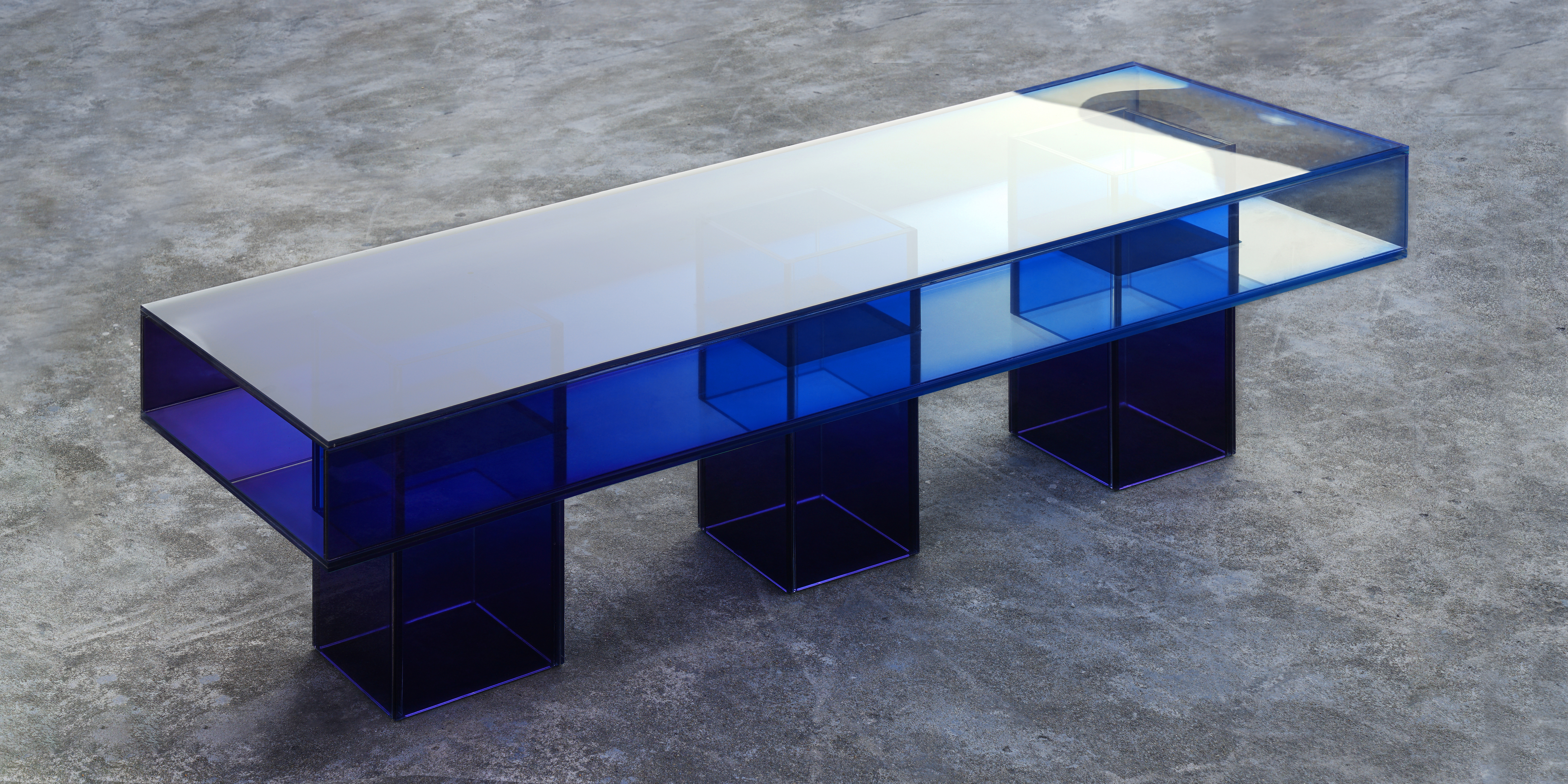 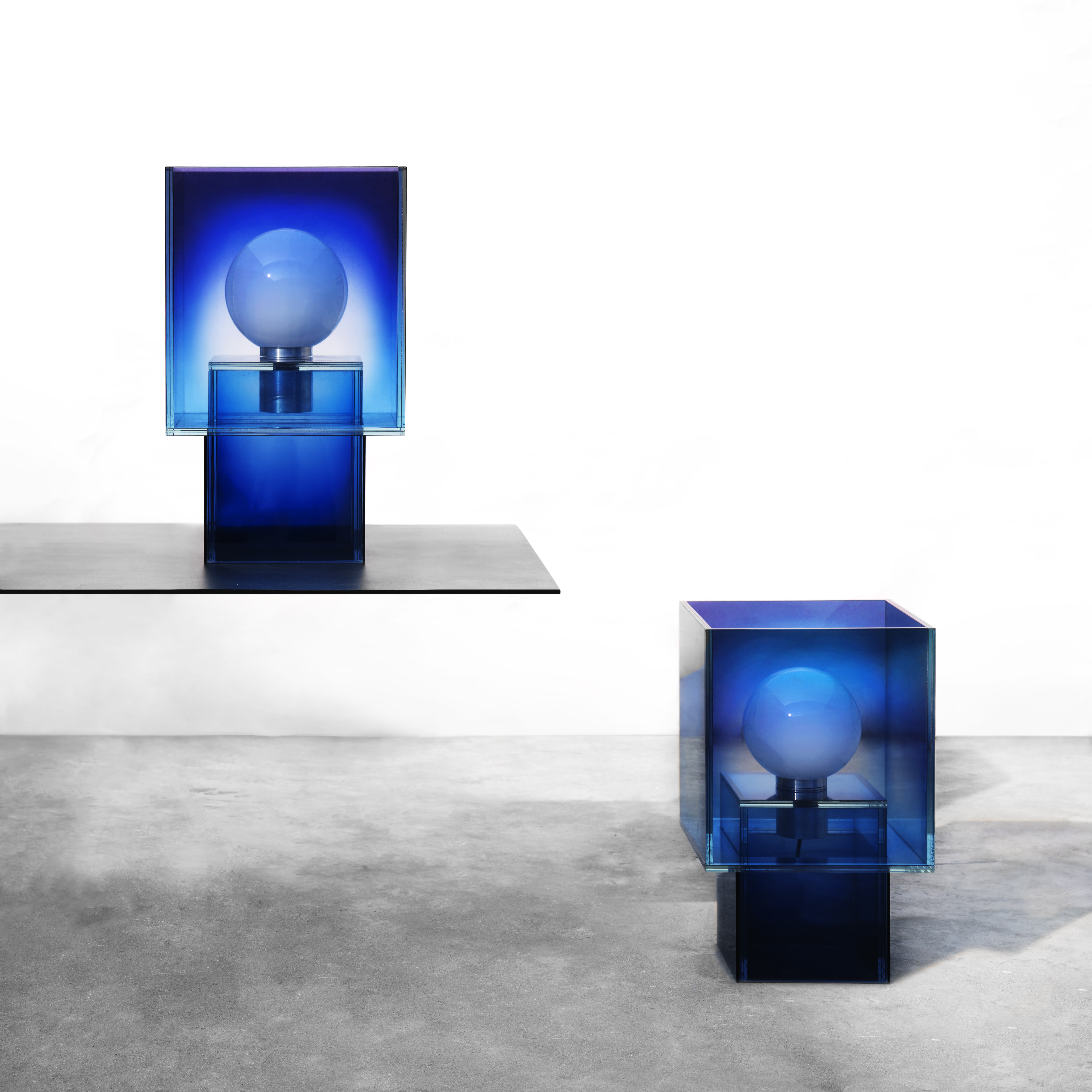 At this edition of DesignMiami/ Basel, the Gallery ALL brought into the world of collectible design the stunning work of Studio Buzao. Unmisable on Instagram, the collection entirely made of glass of the Chinese designer makes its debut in Europe. A minimalistic work putting matter, and above all, its color forwards so that the functionality of the objects is almost forgotten. And yet, they are fully usable. Good work. 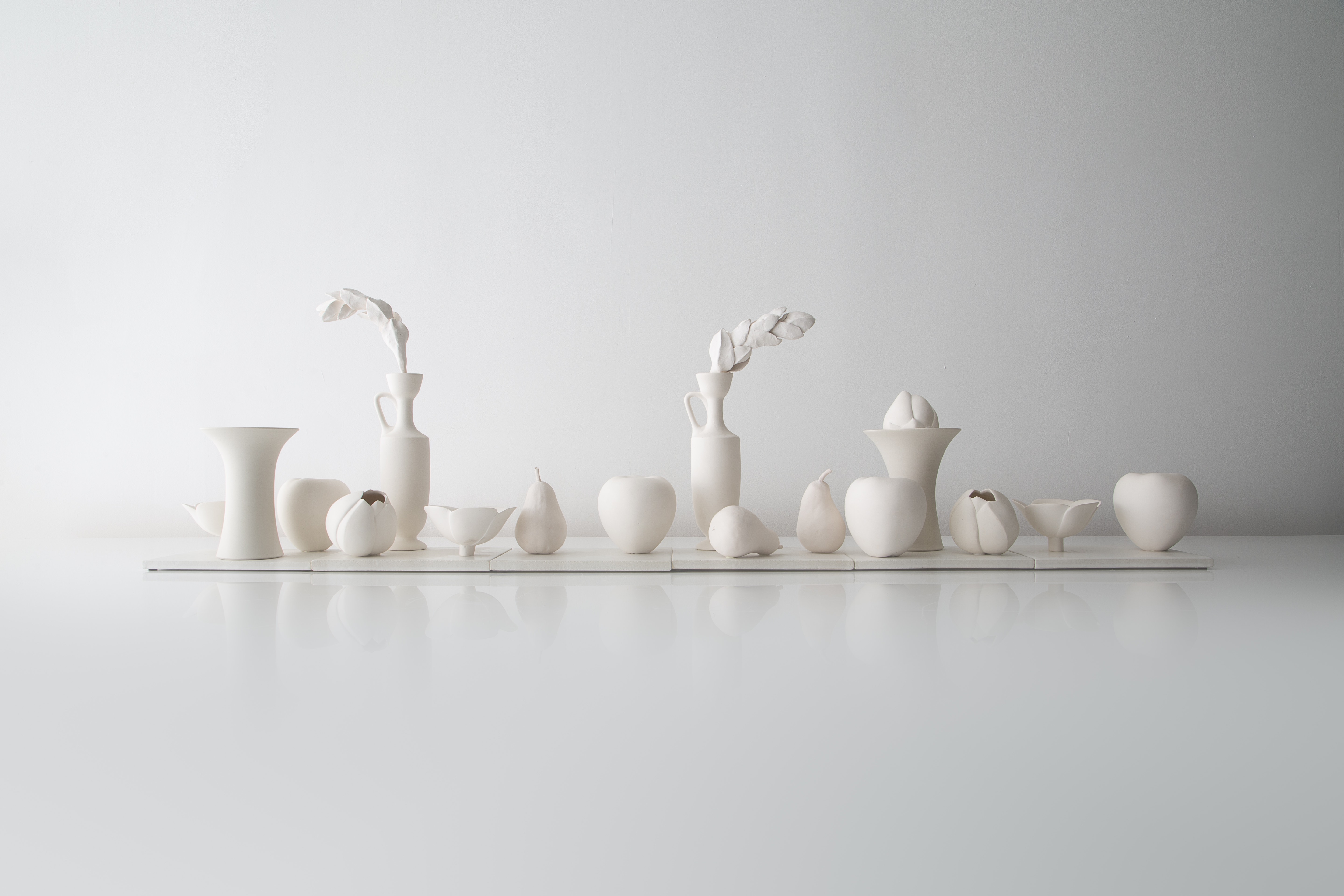 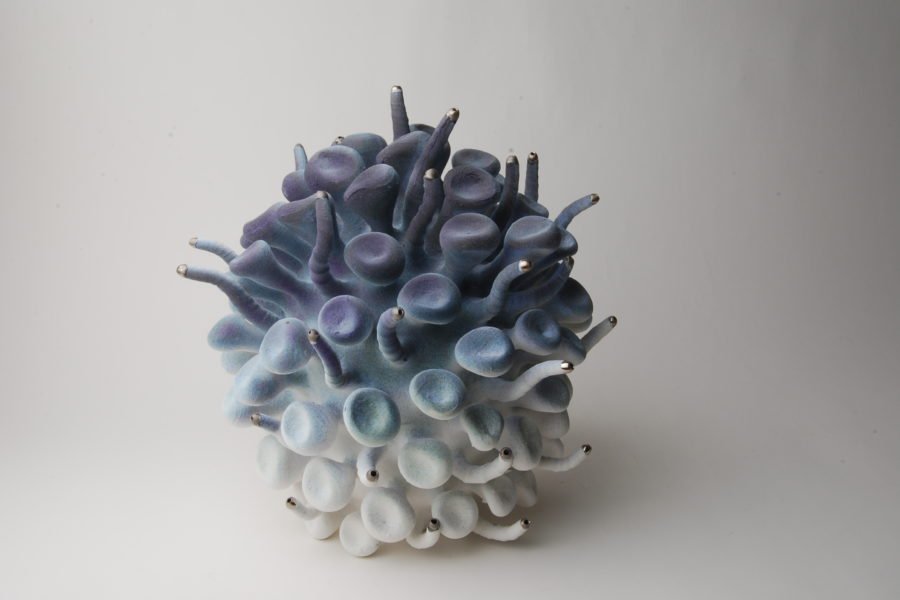 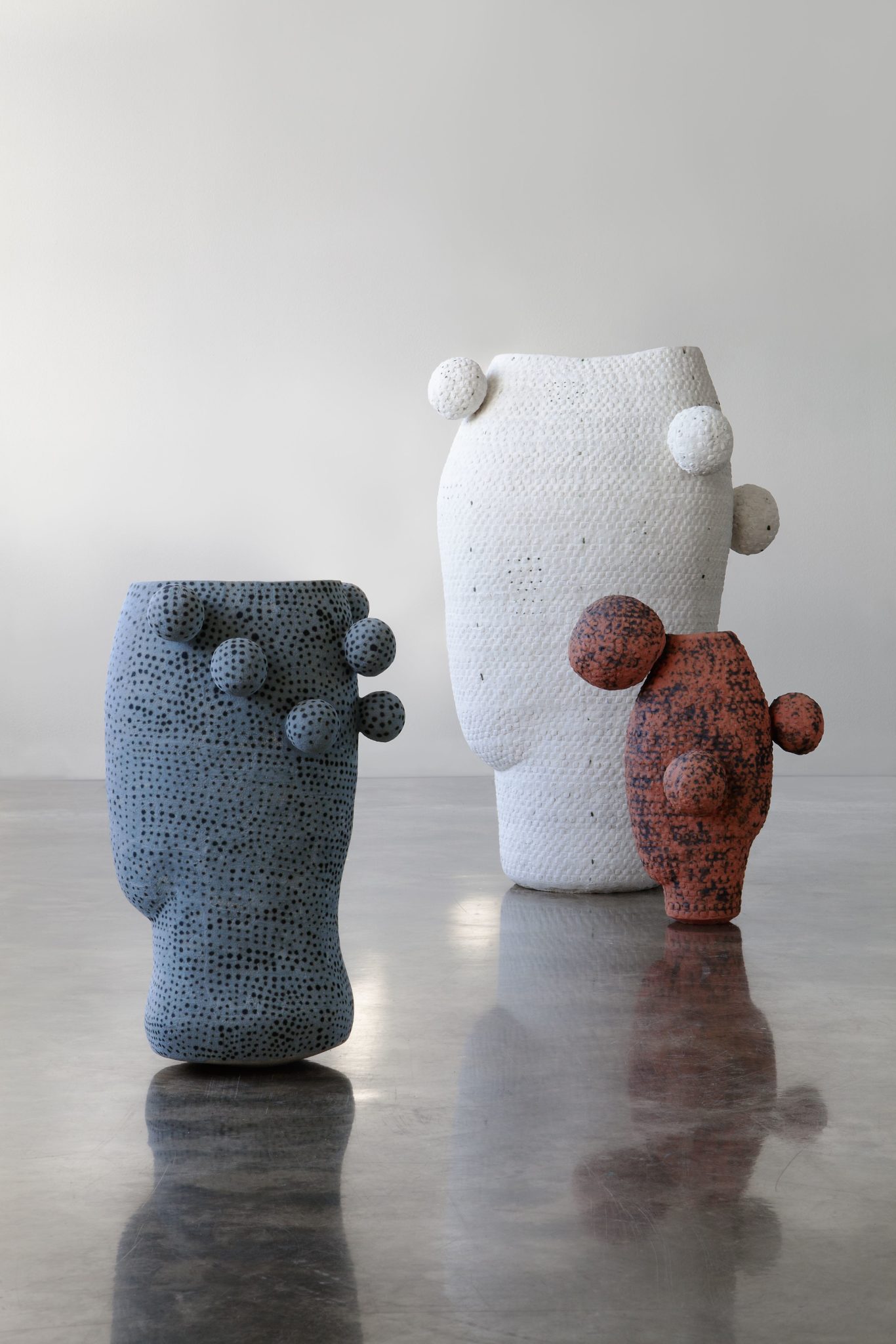 We really appreciate the New York gallery Hostler Burrowswhich, in terms of ceramics, is a pool of new discoveries each time. Among the finds of this edition, an immaculate and linear series of Anat Shiftan and a series in stoneware with organic forms by Kristina Riska. As for the Purple Blue Platelett Cluster collection ofEva Zethraeus, we had already discovered it during the 2018 edition in MiamiBut it is a real pleasure to see it presented again. 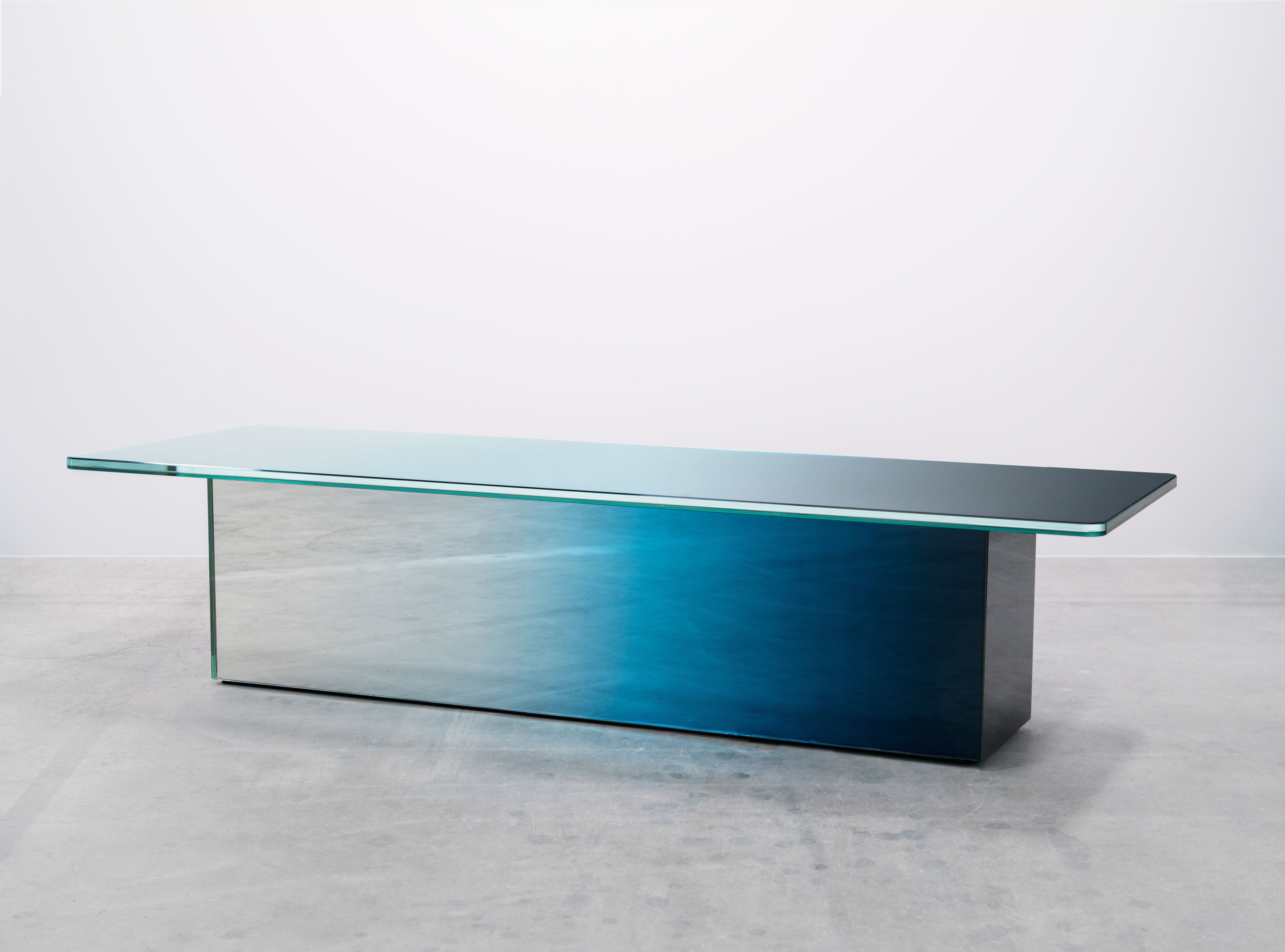 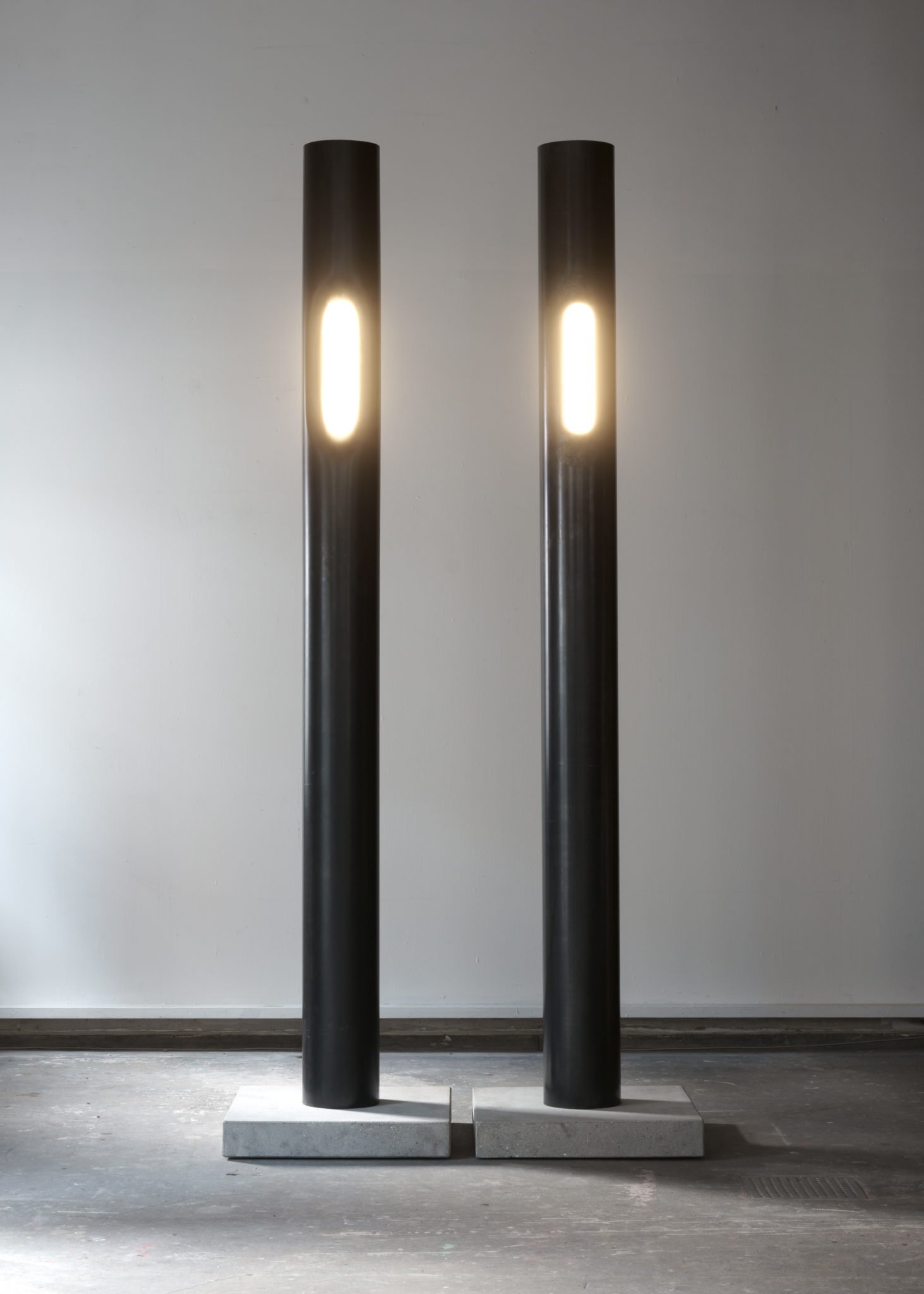 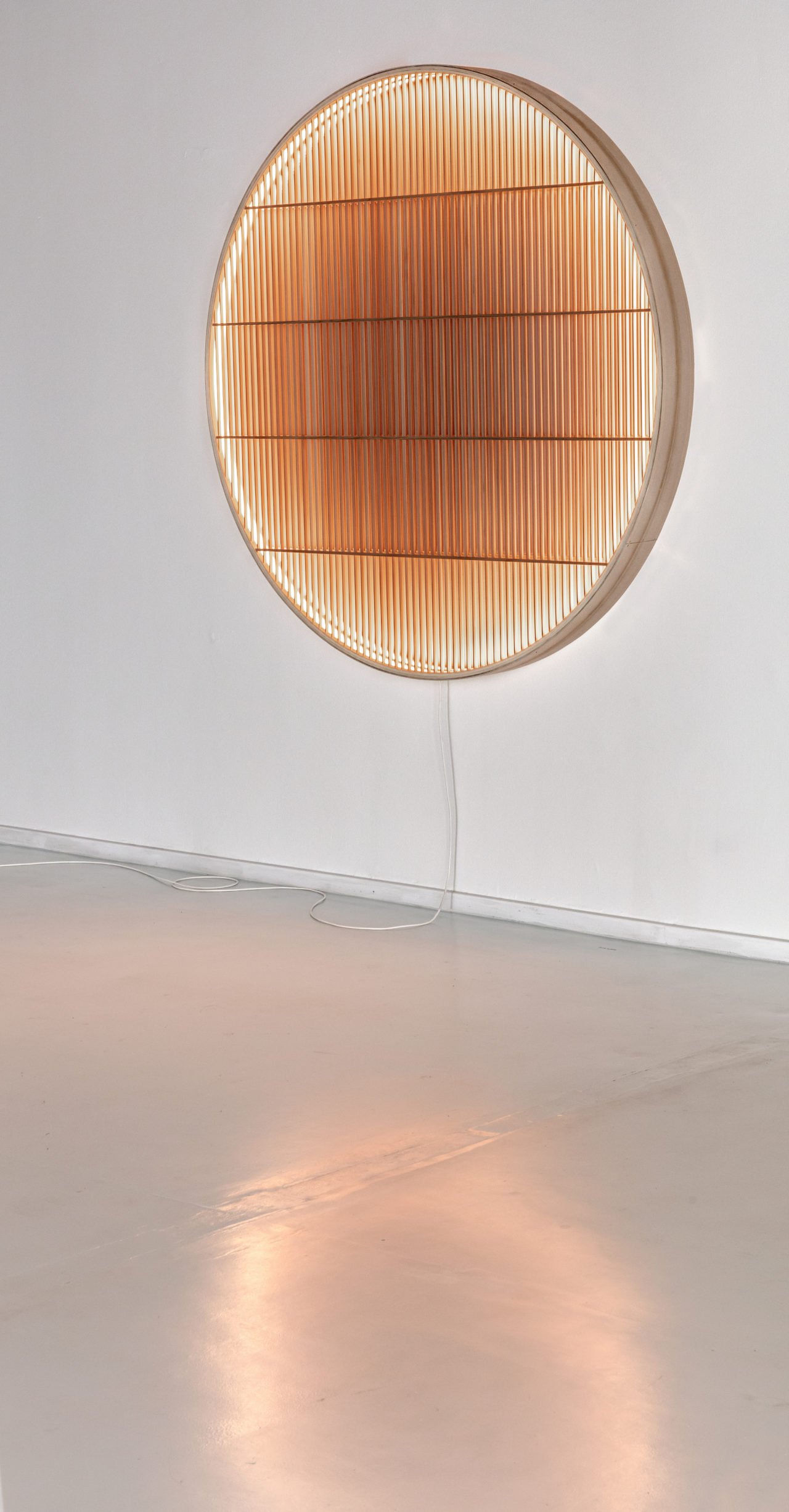 The Galerie Maria Wettergren, specialized in the promotion of Scandinavian artists and designers, participates in DesignMiami/ Basel for the 9th time. The selected works are blurring the line between art and design, with always the same sculptural dimension in each work, that invites to contemplation. The gallery likes to put forward technically or technologically innovative projects, where the magnification of a material is called. For example, we found the work of Jakob Jørgensen and his steel tubes that become sculptures, a new coffee table in ombré glass by German Ermics and Boris Berlin, an astonishing and luminous work ofAna Lykke and a hybrid furniture by Ditte Hammerstrøm. Nice selection. 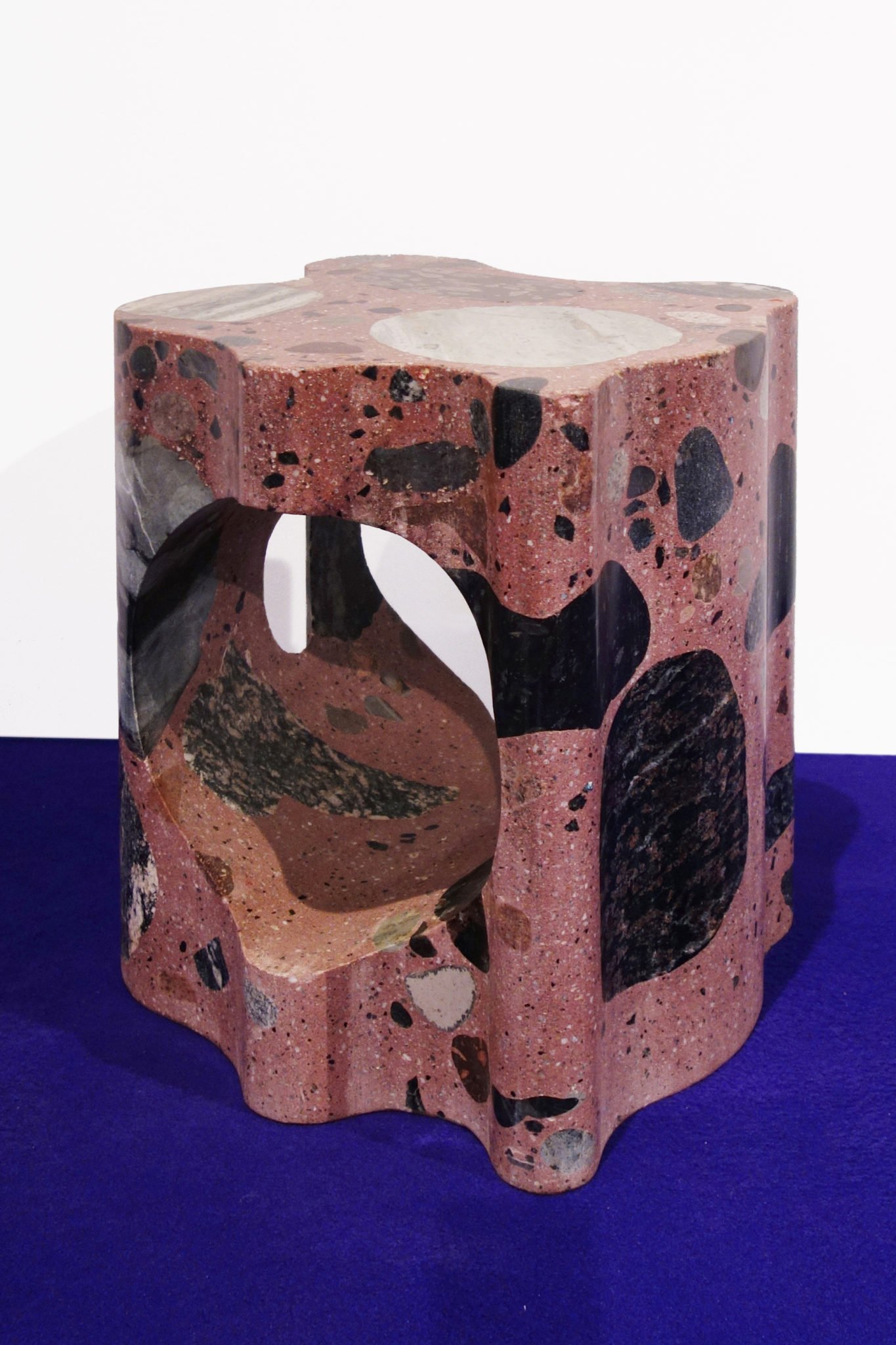 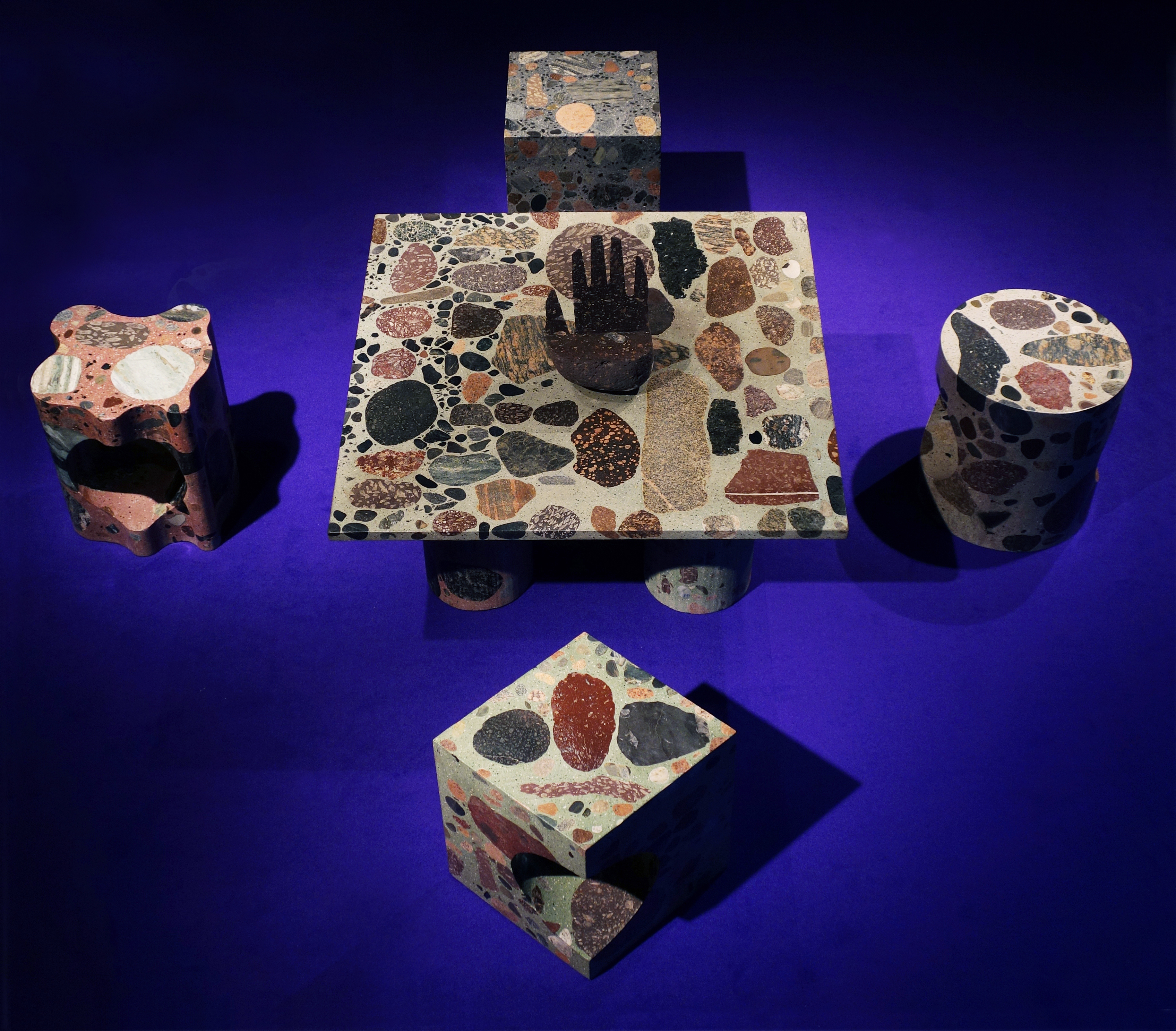 Our attention has also been catch by the gallery Patrick Parrish and the work of two designers in particular, Pablo Limón and Tron Meyer. Pablo Limón has used a non-common process of successive layers of silver nitrates on a foam base, and on which the application of a catalyst produces a chemical reaction and therefore these incredible colorful effects. Tron Meyer, on his side, put into practice his interest in the use of concrete in the 50s and 60s in Norway. Thus perpetuating the history of this brutalist movement, the designer has collected moraine stones himself where he grew up, usually cast with colored concrete. A beautiful contrast between technical experimentation and reinterpretation of the past. 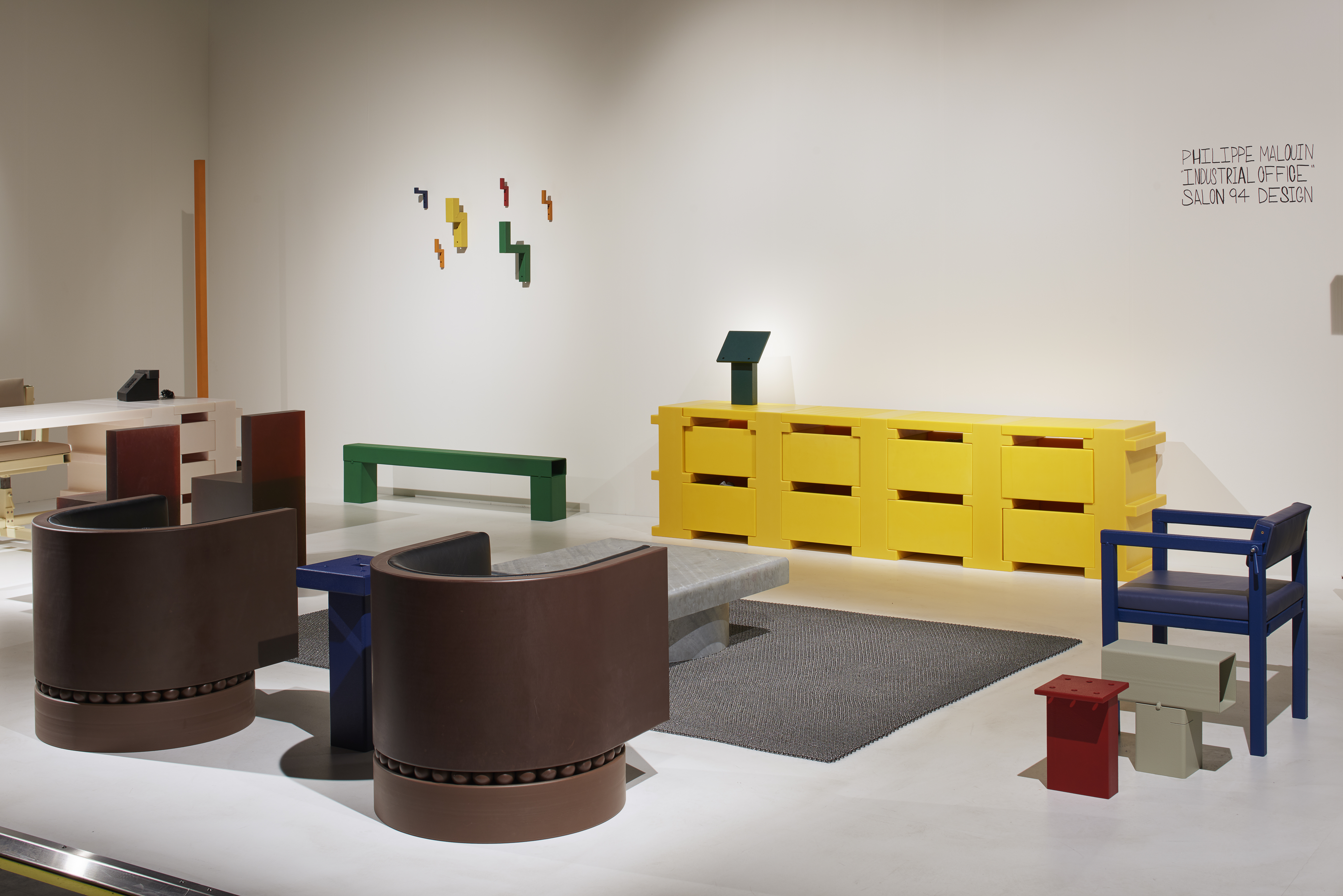 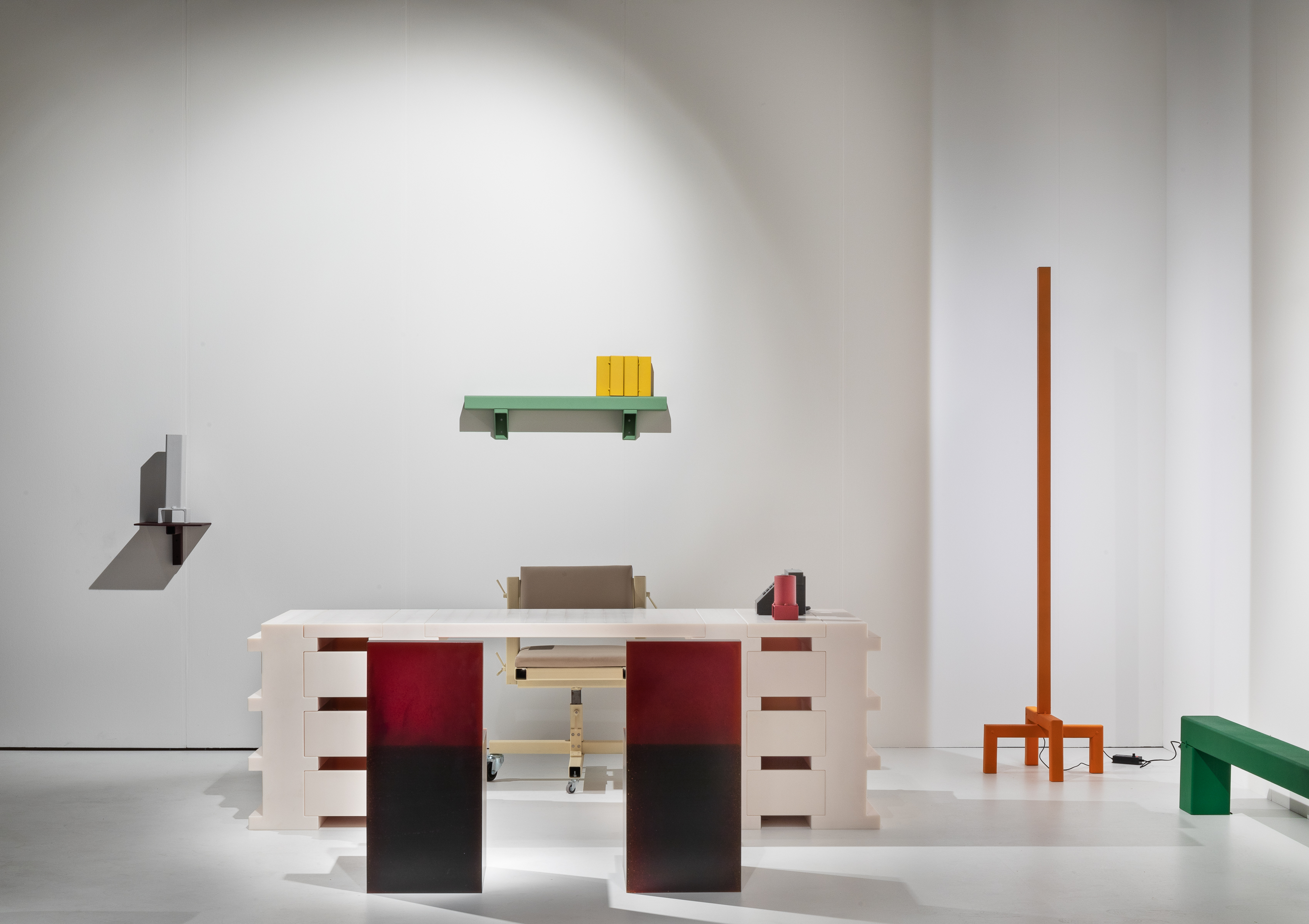 The gallery Salon 94 Design opted for a stand entirely dedicated to the designer Philippe Malouinin this edition of DesignMiami/ Basel 2019. Entitled Industrial Office, the scenography of the whole space features a collection of furniture of a new kind, with rubber lining. Undoubtedly inspired by the periods that marked the office life – 50s/60s, but also 80 – Philippe Malouin rethinks its functionality, its layout and the very typology of office furniture. Each element is a simple form that has been attributed a color, giving birth to an eclectic and original universe, something that really makes you want to go back to work... right? 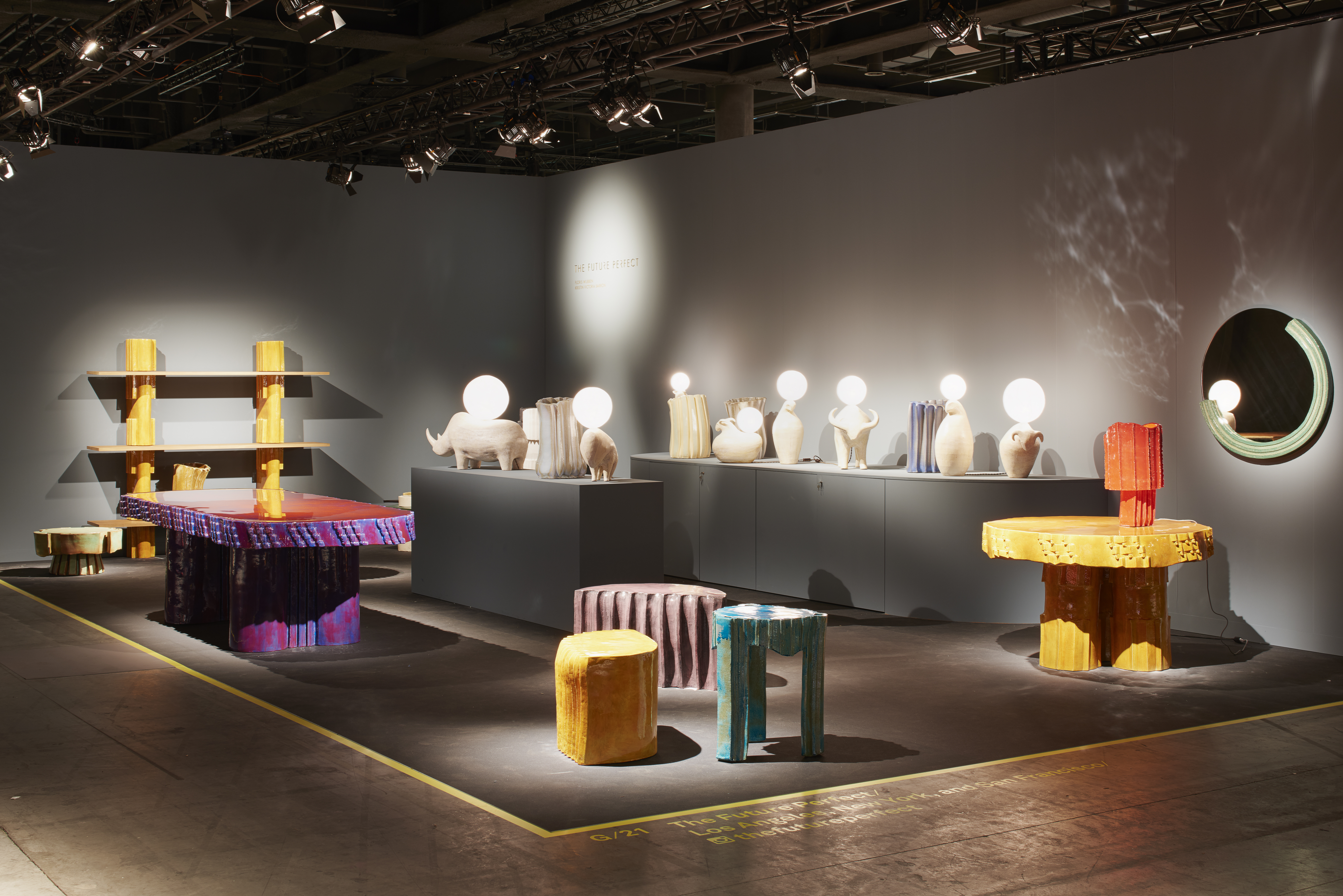 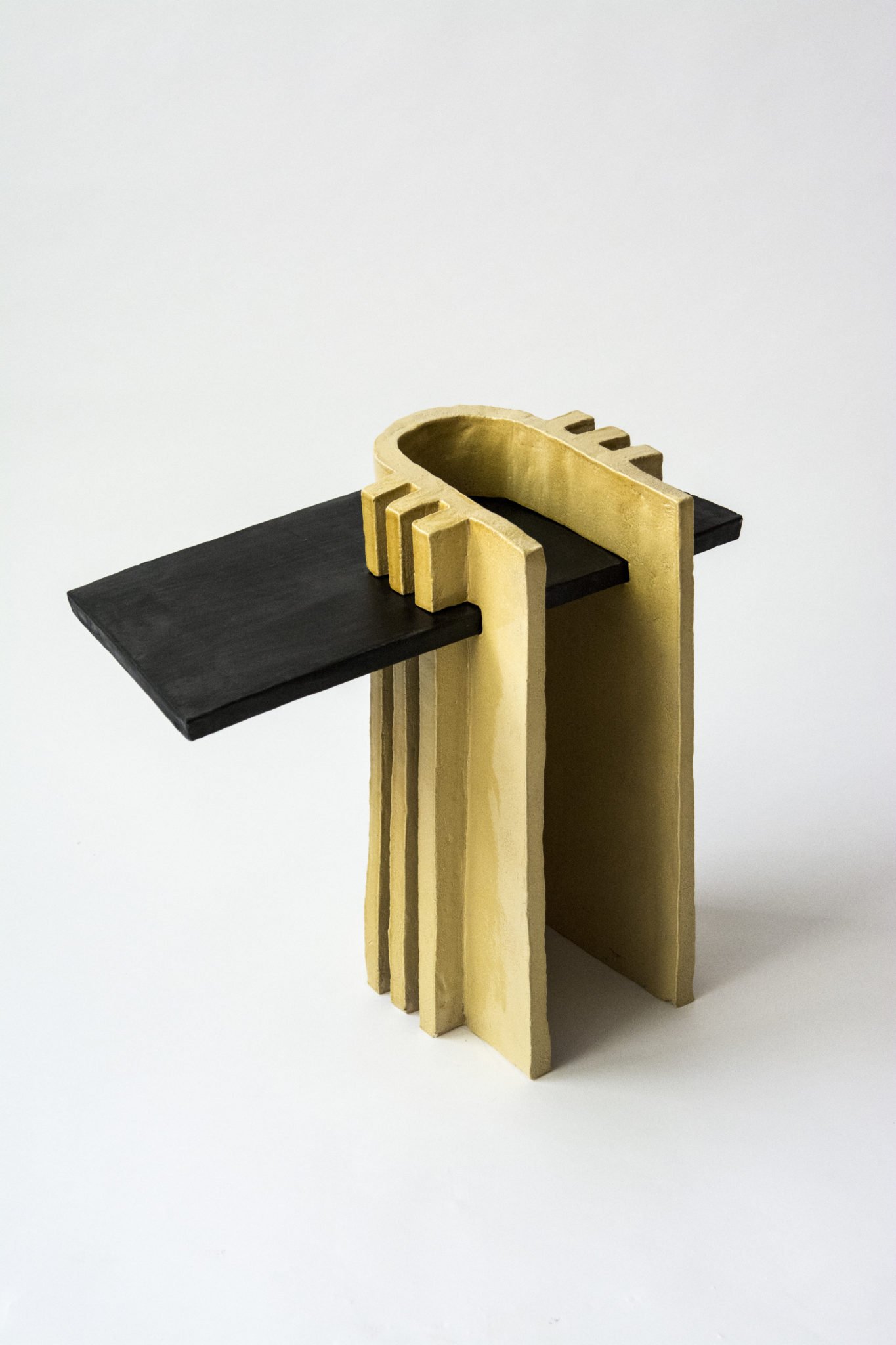 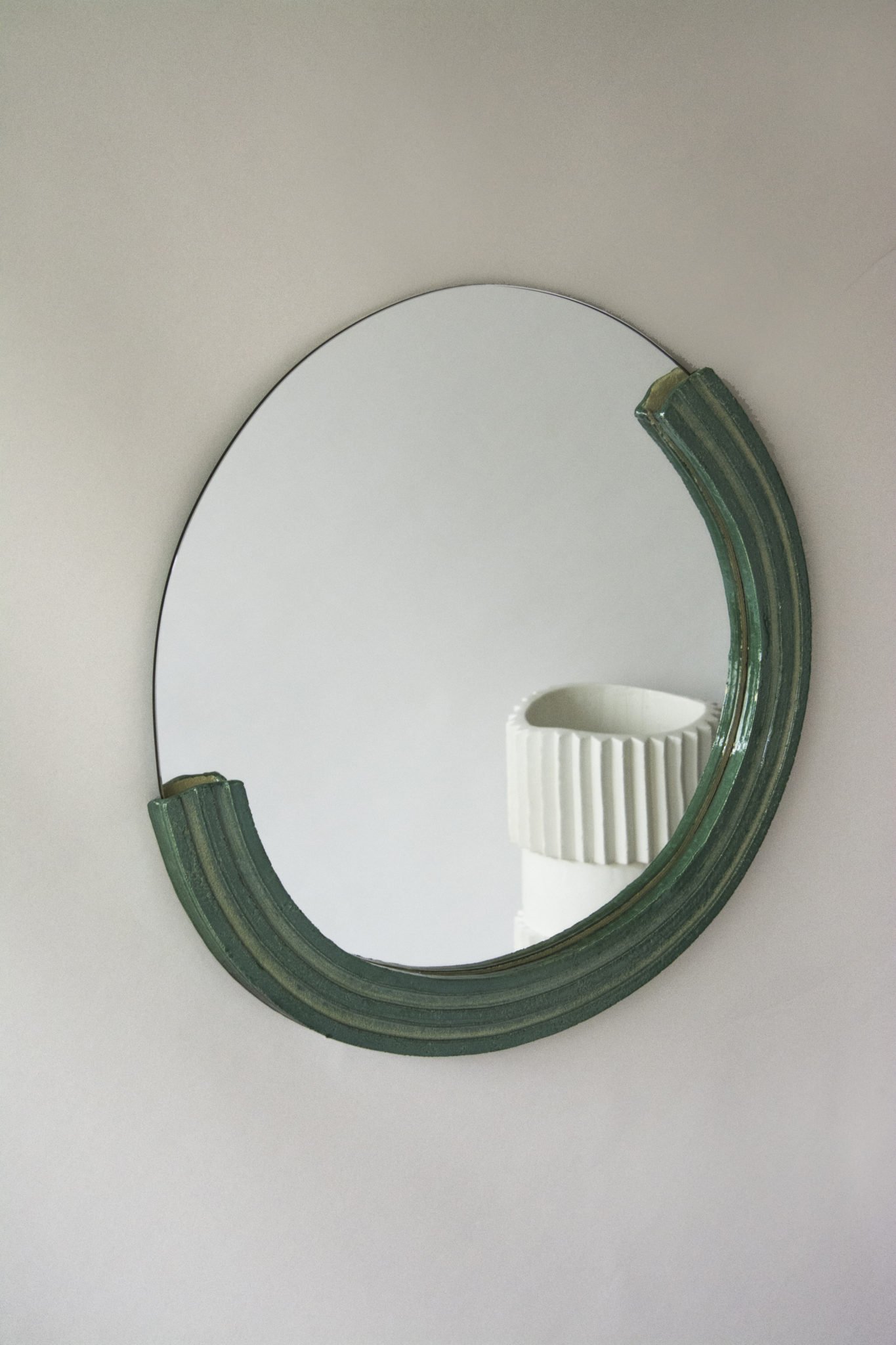 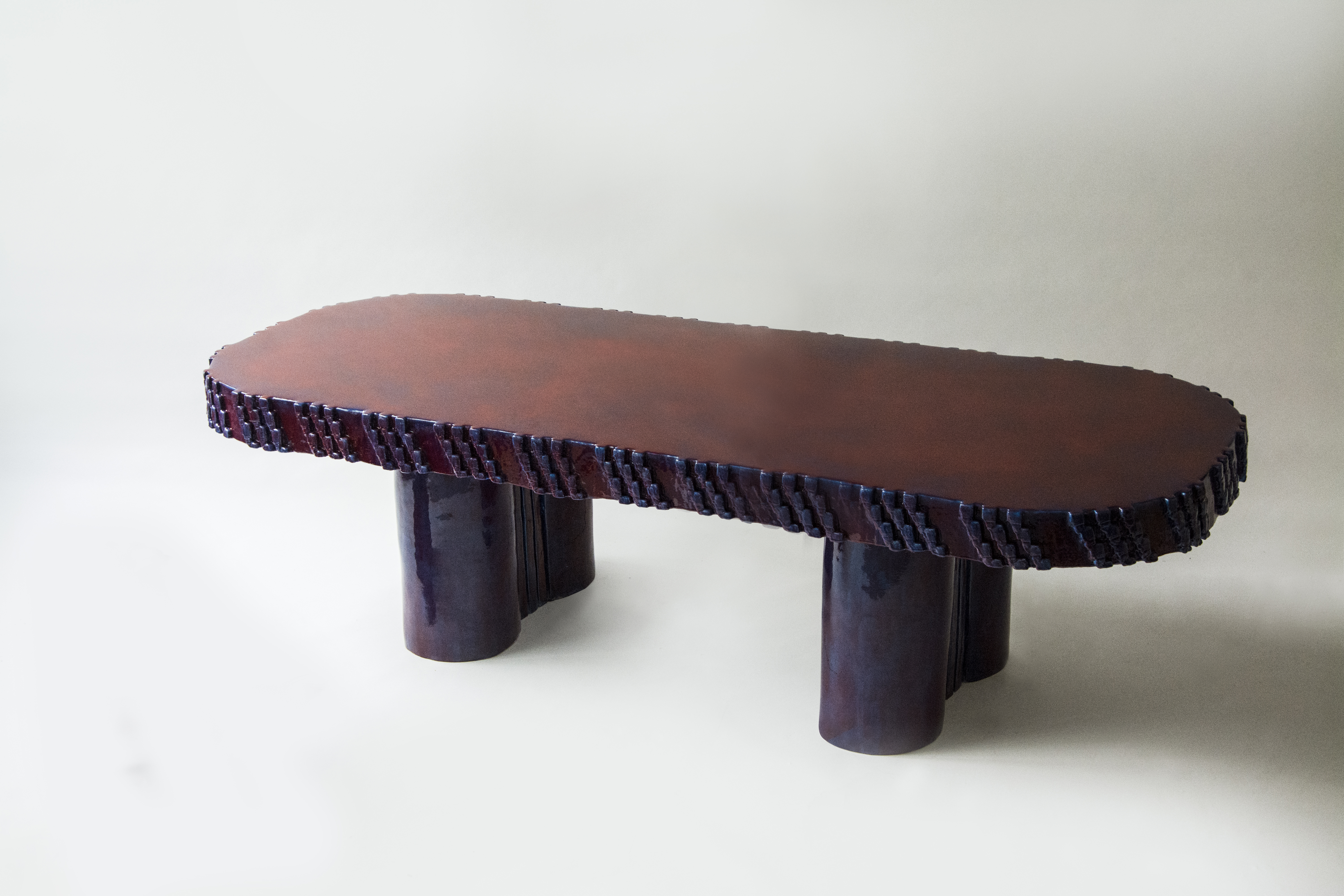 As in the edition of 2018, we were able to appreciate again the work of talented Dutch designer Floris Wubbenon the booth of The Future Perfect. This year, joining the ranks of his existing ceramic collection of furniture and objects, several vases, a table lamp, the impressive Collar Tablea wall mirror and a series of two coffee tables, the Bunker Tables. Definitely a designer at the forefront of sculptural furniture and collectible design.

Photographs of the stands: James Harris

A PROJECT: The Bill Shelves Family by Vincent Dechelette

A PRODUCT: Screen, the illuminated screen

GET THE LOOK # 1 - Masquespacio Design Studio

How Paris supports the emergence of women's contemporary design